With 75 seasons of existence and an NBA-record 17 titles to go with them, it should not surprise one to see more than one Boston Celtics alum with a signature play included on a top-15 all-time list of the league’s signature moves.

If anything, one might gripe that JUST two of the 15 moves detailed in one such list by Bleacher Report’s Andy Bailey made the cut. Especially given how much players like Bob Cousy and his passing, Bill Russell’s vertical game, and Larry Bird’s shooting and passing skills changed the game during their times suiting up for the Celtics.

But Bailey restricted to the modern league in his list, which would eliminate all the above save Bird, who does probably have the worst case of the three; let’s take a look at both of the alumni whose moves were included.

“Few players in league history sold the up-fake out of the post better than McHale did. That move got plenty of NBA defenders off their feet.” 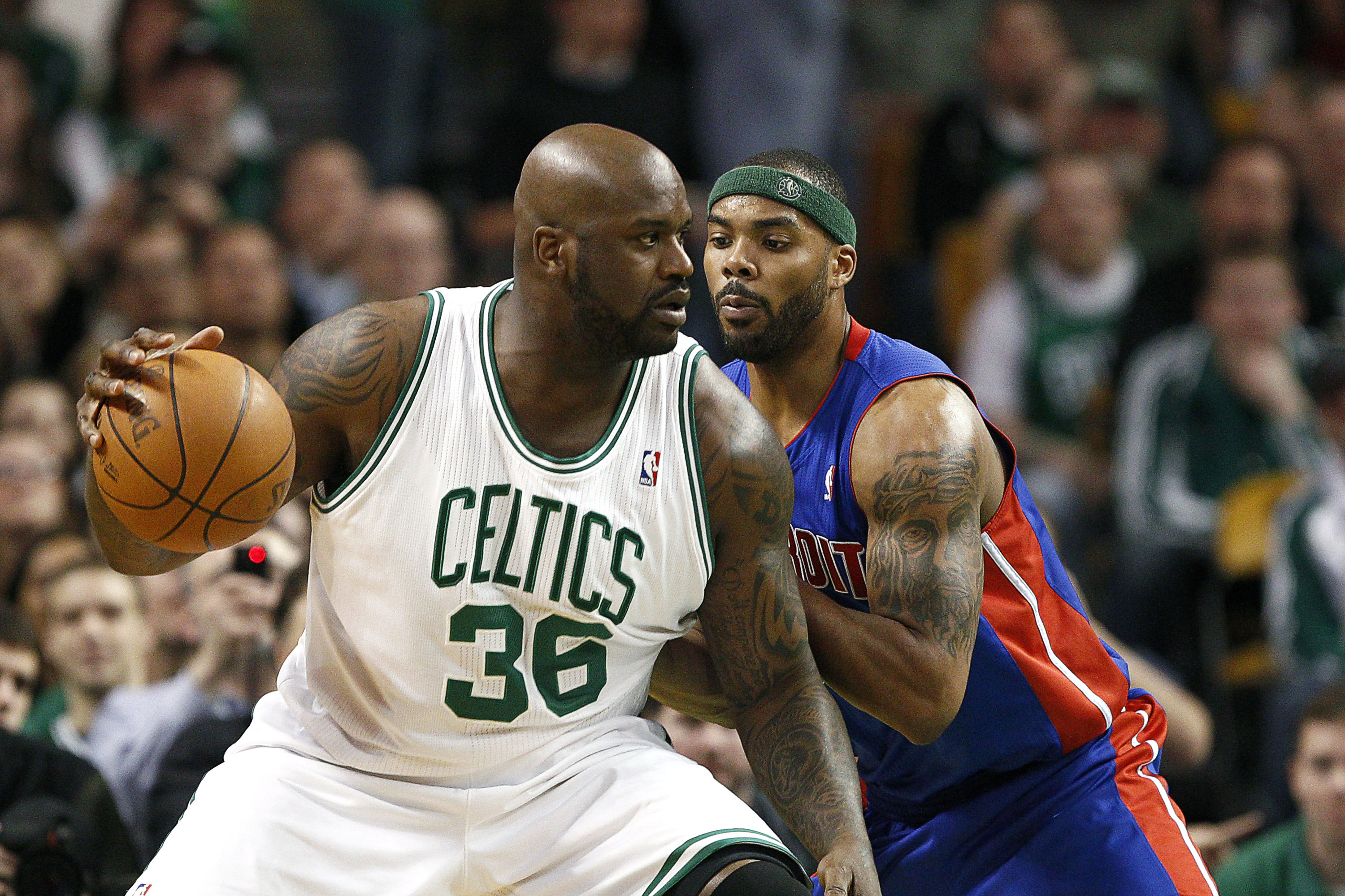 “We continue with another post move, this time from one of the most physically dominant players in league history: Shaquille O’Neal,” suggested the B/R analyst.

“The drop step is something that most young players are taught at some point. It’s a simple move, and NBA big men have deployed it countless times.

What made Shaq’s filthy was his unparalleled combination of size and explosiveness. He humiliated most big men who tried to guard him (especially Chris Dudley).”