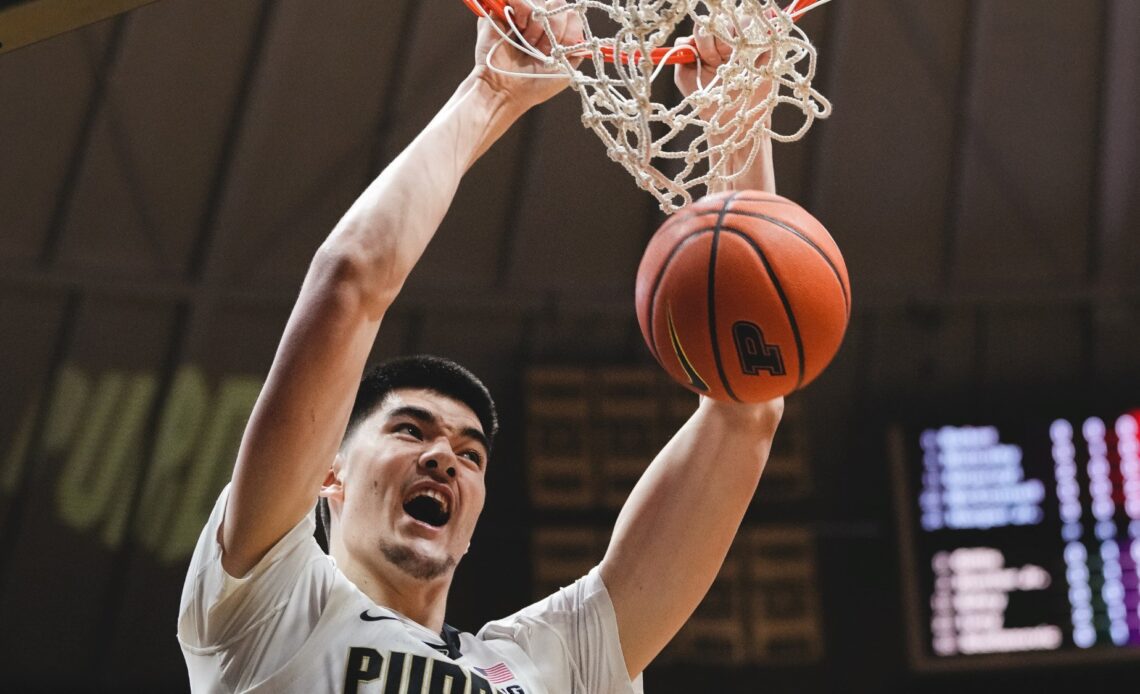 Edey is one of three Big Ten centers and one of six centers nationally named to the first two teams.

The 7-foot, 4-inch center from Toronto was a second-team All-Big Ten honoree and honorable mention All-American (AP) a year ago after averaging 14.4 points, 7.7 rebounds, 1.2 assists and 1.2 blocks per game in just 19.0 minutes per game, while leading the Big Ten and ranking third nationally in field goal percentage at 64.8 percent – the fifth-best single-season percentage in school history.

Edey recorded 11 double-doubles during the 2021-22 season and was named to the Hall of Fame Tipoff Classic All-Tournament Team after averaging 15.0 points in wins over North Carolina and Villanova in November. He tallied a career-high 25 points against Michigan State in February and scored 20 or more points in nine games. He will carry a streak of 17 straight games in double-figures into this season.

Edey was at his best against ranked teams. In nine games against ranked squads, Edey averaged 16.3 points and 7.7 rebounds in just 20.2 minutes per game, while shooting 60.6 percent from the field.