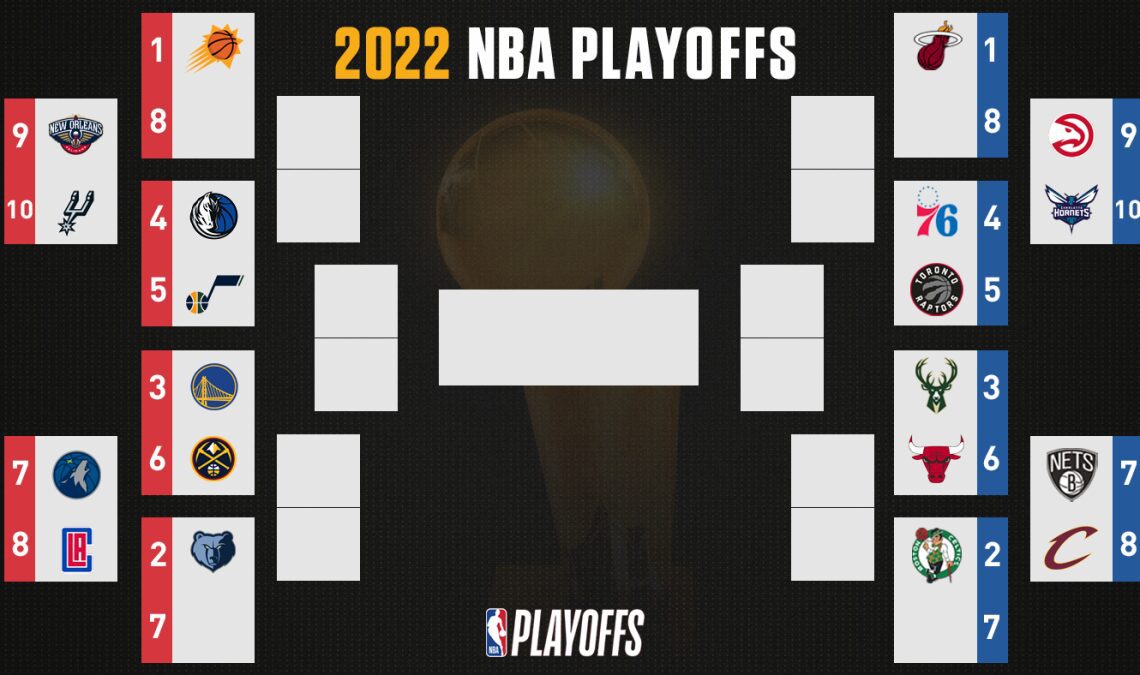 The 2022 NBA playoffs are here. Twenty teams have made the postseason, but that number will be cut to 16 by Friday night after the play-in tournament, and the first round of the postseason gets underway Saturday, April 16. After a season full of surprises, the title fight appears to be wide open in both conferences, and there will be plenty of tasty first-round matchups.

Let’s start with the play-in tournament, which kicks off Tuesday night. The seventh-seeded Nets will host the Cavaliers in the East with the winner set to face the No. 2 Celtics in the first round. In the West, the Timberwolves will host the Clippers as they battle for the No. 7 seed and the chance to play the upstart Grizzlies in a best-of-seven series. The No. 9 vs. No. 10 play-in games (Hawks vs. Hornets in the East; Pelicans vs. Spurs in the West) will take place Wednesday, and the play-in tournament will wrap up Friday night as the losers of 7-8 games face the winners of the 9-10 games with the No. 8 seed in both conferences on the line. You can find our expert play-in predictions here.

The first round will tip off Saturday afternoon, and we know our first matchup: the fourth-seeded Mavericks will host the fifth-seeded Jazz at 1 p.m. ET. 76ers-Raptors, Warriors-Nuggets and the Grizzlies’ series against the West’s No. 7 seed will also get started Saturday before the four other series begin on Sunday.

The full 2022 NBA playoff bracket and this week’s schedule can be found below. Every game on NBATV, ESPN, ESPN2 or ABC can be streamed via fuboTV (Try for free).