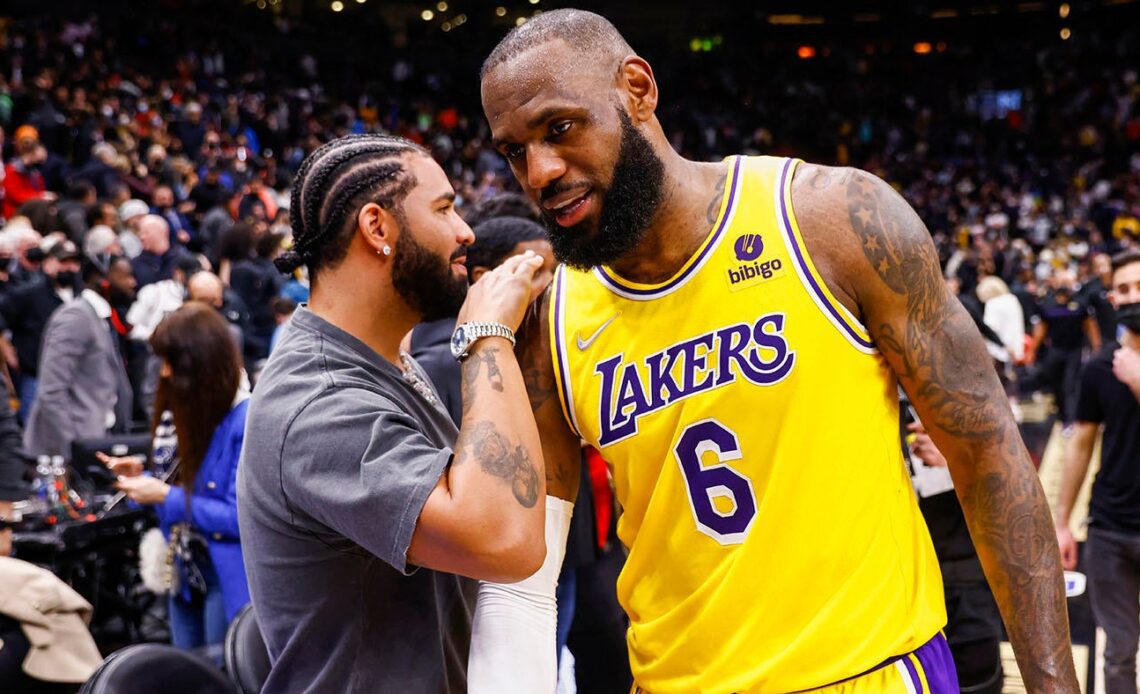 Los Angeles Lakers star LeBron James, along with rappers Drake and Future, are reportedly being sued by former National Basketball Players Association executive director Billy Hunter for $10 million, according to Carl Campanile and Priscilla DeGregory of the New York Post.

Hunter is allegedly seeking a portion of the profits from the documentary “Black Ice,” which was released in 2014.

In the lawsuit, Hunter claims that he held the exclusive intellectual property rights to produce the documentary. “Black Ice” was about the Colored Hockey League, which was in existence from 1895 until the 1925.

“While the defendants LeBron James, Drake and Maverick Carter [LeBron’s business partner] are internationally known and renowned in their respective fields of basketball and music, it does not afford them the right to steal another’s intellectual property,” Hunter’s attorney, Larry Hutcher, stated in the lawsuit.

“Black Ice” is based on the book “Black Ice: The Lost History of the Colored Hockey League of the Maritimes, 1895 to 1925,” which was written by George and Darril Fosty. Both George and Darril Fosty were also named in the lawsuit as defendants. Hunter alleges that the authors of the book struck a deal with James and Drake behind the defendants’ backs after they had already paid $265,000 for the rights to the film.

“I don’t think they believed the property rights would be litigated,” Hunter told the New York Post. “They thought I would go away. They gambled.”

Per the lawsuit, the Fostys acknowledge that Hunter owned the movie rights, but argue that the “Black Ice” documentary was a “separate entity” that wasn’t within the parameter of their deal. Meanwhile, Hunter claims that he paid $250,000 for the “exclusive worldwide rights” to any “audiovisual” version of the story.