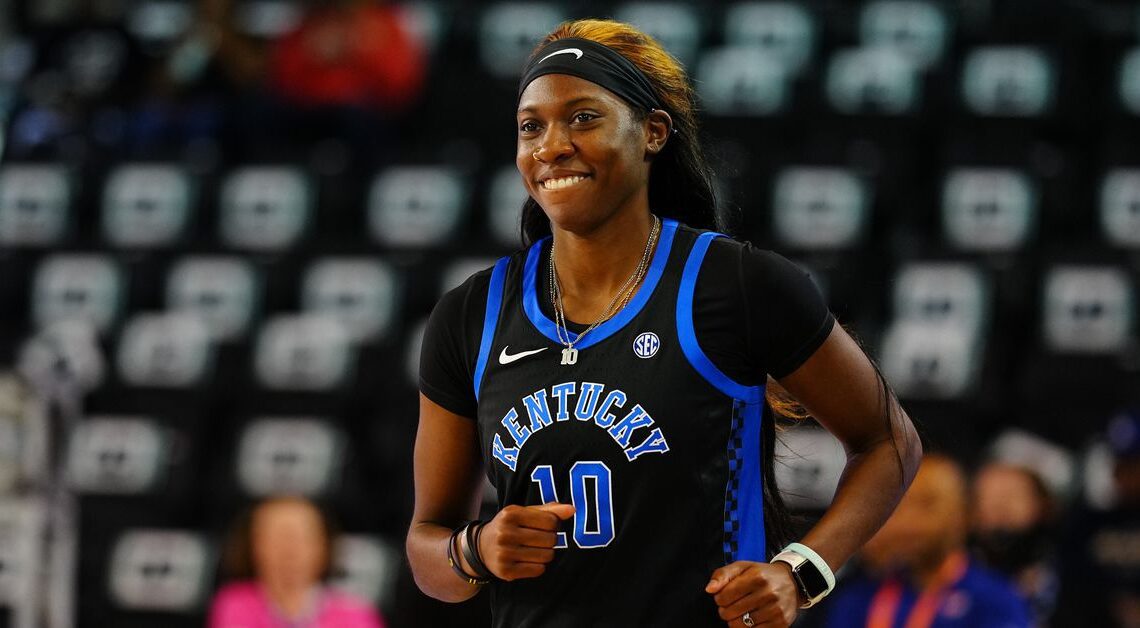 After trading up to the No. 1 overall pick in the 2022 WNBA Draft, the Atlanta Dream have finally found their dream gal in Kentucky guard Rhyne Howard. After a two-horse race between her and Baylor forward NaLyssa Smith for the top spot, the Dream might have found a player that could be a crucial building block for the future of the franchise.

“I just want to do that by my competitive spirit and the will to never give up and always fight and just maintain my composure and stay calm, cool and collected,” Howard said.

Hailing from Cleveland, Tenn., Howard was an outstanding athlete at Bradley Central High School, where she became the Tennessee Gatorade Player of the Year in 2018. It helps that her mother played basketball at the University of Florida.

That same year, Howard chose to commit to Kentucky over the likes of South Carolina and Purdue and quickly made her name as a freshman, winning national freshman of the year unanimously in 2019. She took her game to a whole other level in her sophomore year by becoming the nation’s second-leading scorer with 23.4 points per game.

“So, I personally think I’m very versatile, so whatever position I’m playing, I like to match for those positions, and if they need me to work on something specific, so whatever the case may be, I’m willing to do it,” Howard said when asked about refining her game.

Much of that refining she credits to the late Kentucky men’s basketball guard Terrence Clark, who died in a car accident last year, a few months before he would have been drafted into the NBA. She honored her ‘little brother’ at this year’s draft with a pin that she wore containing his jersey number.