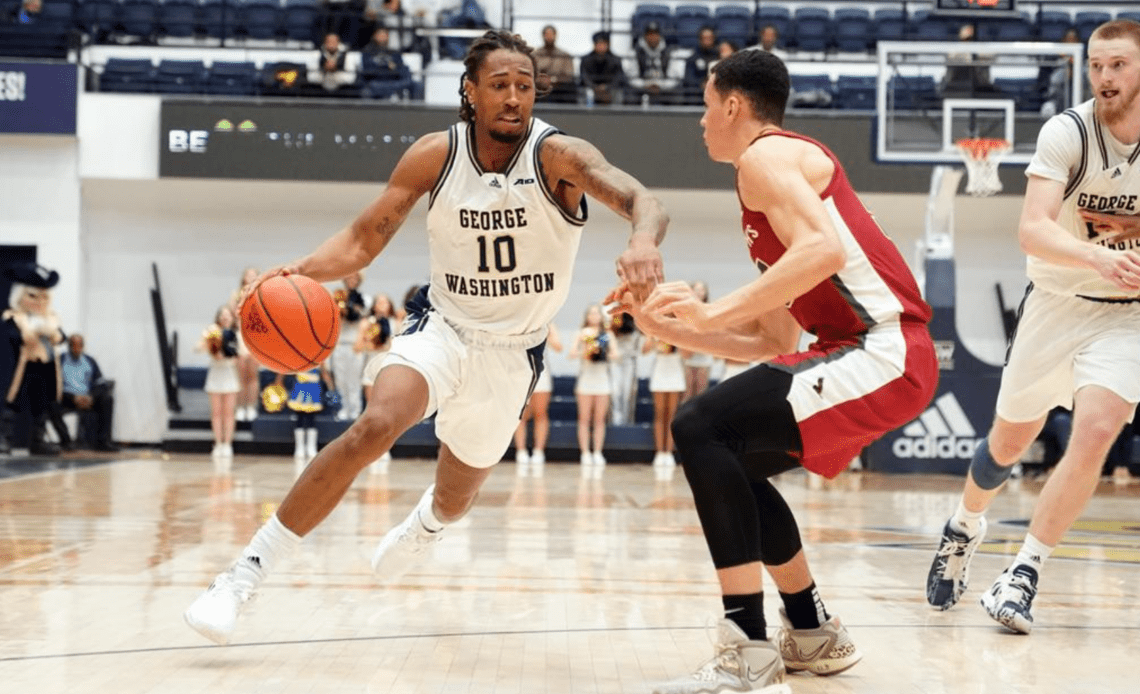 FOGGY BOTTOM – The narrative has officially shifted in Foggy Bottom.

Powered by what ended up being a game winning layup with 20 seconds left of overtime from senior guard James Bishop, George Washington took down Saint Joseph’s 92-91. GW teams of years past would have just been happy to play an exciting game in front of an engaged student section. The win would have been a bonus.

Not this team. Not under the guidance of Head Coach Chris Caputo.

Now, the games mean something. After beating Saint Joseph’s, GW has a 5-2 A-10 record, good enough for 3rd place.

“People say ‘big game,’ and I’m like ‘which one’s not big,’ when you’re playing for something, which game’s not big,” said Caputo. “I think there’s some games in the non-conference, were they big? They’re huge now, because we could have used them. There’s no big games.”

The fact that there are even whispers about GW potentially being in the conversation for the NCAA Tournament, like Caputo alluded to with his comments about losing some games in the non-conference portion of the schedule, show that the Buff and Blue have turned a corner.

There was a lot of talk before Wednesday about the matchup against Saint Joseph’s being a “trap game”. Because they won the road leg of the Revolutionary Rivalry against George Mason and comfortably dispatched Dayton at home in back to back games, many expected GW to come out flat against the Hawks, who were winners of three straight themselves and have one of the country’s most electric three point shooting offenses.

“It’s just being locked in, we knew what was at stake,” said Bishop. “We knew this was almost a bigger game than the Dayton game and how we had to bounce back.”

GW began the game scorching, racing off to a game high 16 point lead about 10 minutes in.

The hot start, and GW’s offensive output for the rest of the night, was anchored by grad guard Brendan Adams. Adams had a career night, posting highs in points and three pointers, at 32 and 7 respectively. He rounded out the stat sheet with four rebounds and three assists.

“I hit a few shots early, from there guys just kept finding me in open spots, made it easy,” said Adams. “Playing with guys who can also score……