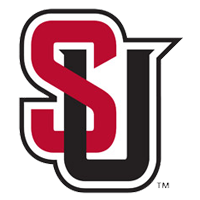 ANAHEIM, Calif. (AP) – Keion Brooks Jr. scored 16 points and Washington held off Fresno State to take a 62-57 win in the first game of the Wooden Legacy tournament on Wednesday night.

Washington got its last field goal on Franck Kepnang’s dunk with 2:35 left in the game to make it 59-52. Fresno State did not score from the four-minute mark until Leo Colimerio turned a three-point play with 37 seconds left to get the Bulldogs within four, 59-55. P.J. Fuller II hit two free throws for the Huskies and Jamal Bey added the first of two from the line to push the lead to 62-55 with 15 seconds left.

Washington advances to Thursday’s championship game to play the winner of Saint Mary’s/Vanderbilt.

“We knew coming into this game that it was going to be a rock fight,” Head Coach Mike Hopkins said after the game. “I’ve never been a part of a zone team that took that many [charges] and that was just them being locked in and disciplined.”

The Huskies (4-1) relied on their defense led by Fuller II and Kepnang drawing a multitude of charges. The team finished with a season-high 10 steals and six blocks, three of which came from Brooks Jr. in the first half.

Well it would’ve been a massive block but PJ gets credit for the charge ??