The Minute After: Little Rock – Inside the Hall 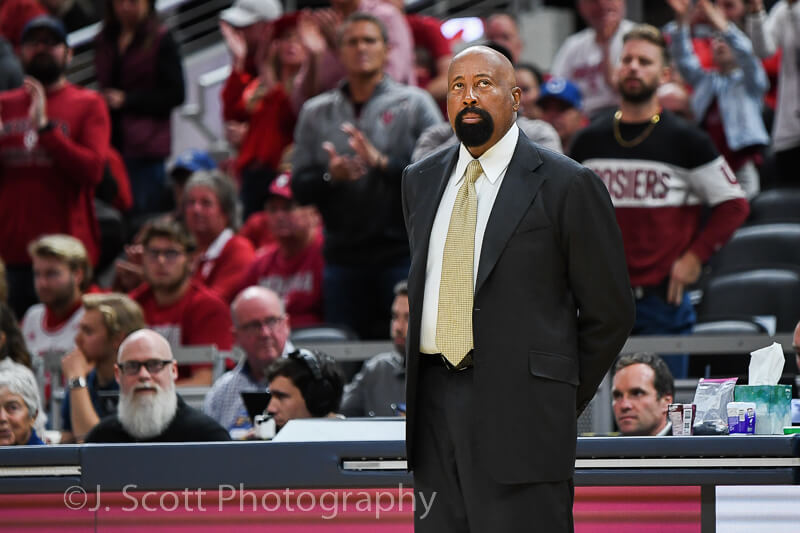 Thoughts on an 87-68 win against the Trojans:

So far this season, Indiana has easily swept aside the weaker teams on its schedule, having fun along the way. But that wasn’t the case tonight.

Little Rock stuck around into the second half, as the Hoosiers held just a seven-point lead with 9:04 to go. Against Miami (OH) when the Redhawks were keeping pace in the first half, Trayce Jackson-Davis took command and made sure the Hoosiers got a comfortable lead and never looked back. But he sat tonight for precautionary reasons, likely continuing to rest his back after tweaking it on Sunday. Malik Reneau filled in well to start the contest. But he sat icing his back for a bit in the first half after landing on it early in the game. Reneau also was in foul trouble in the second half, playing just four minutes.

So with neither of Indiana’s top two usage rate players available down the stretch, it turned to its remaining veterans. Xavier Johnson ran the offense well and found his teammates, as eight of his 10 assists came after the break. Seven of his nine points also came in the second half. Race Thompson, who’s been overshadowed in the frontcourt by the emergence of Reneau, was huge down the stretch as well. Thompson scored 16 of his game-high 20 points during the final 20 minutes of action. And after missing his first two 3-point attempts in the first half, Miller Kopp went 3-of-4 after the break. Indiana also got into the bonus early in the second half and the Hoosiers capitalized at the line by hitting 11-of-14.

Indiana’s defense lacked its usual effort and attention to detail but clamped down late, allowing the Trojans just 11 points over the final 9:07 of the contest. It was enough, despite the Hoosiers lacking energy for most of this one, to still pull away and win by 19 points.

The .910 points per possession the Hoosiers allowed tonight were the most outside of Xavier (1.106), as they held the Redhawks (.790), Morehead State (.739) and Bethune Cookman (.687) to less. Indiana sent the Trojans to the line 24 times and they converted on 17 of those attempts (70.8 percent). Little Rock also did well in second-chance opportunities, outscoring the Hoosiers 21-12. And where Indiana has usually dominated in points off turnovers against these lesser foes, each team had 14 points in that department tonight.

Jordan Geronimo continues to be a block machine. After swatting five shots against Miami (OH) on Sunday, he blocked another five against…