Victor Wembanyama is the best draft prospect in NBA history 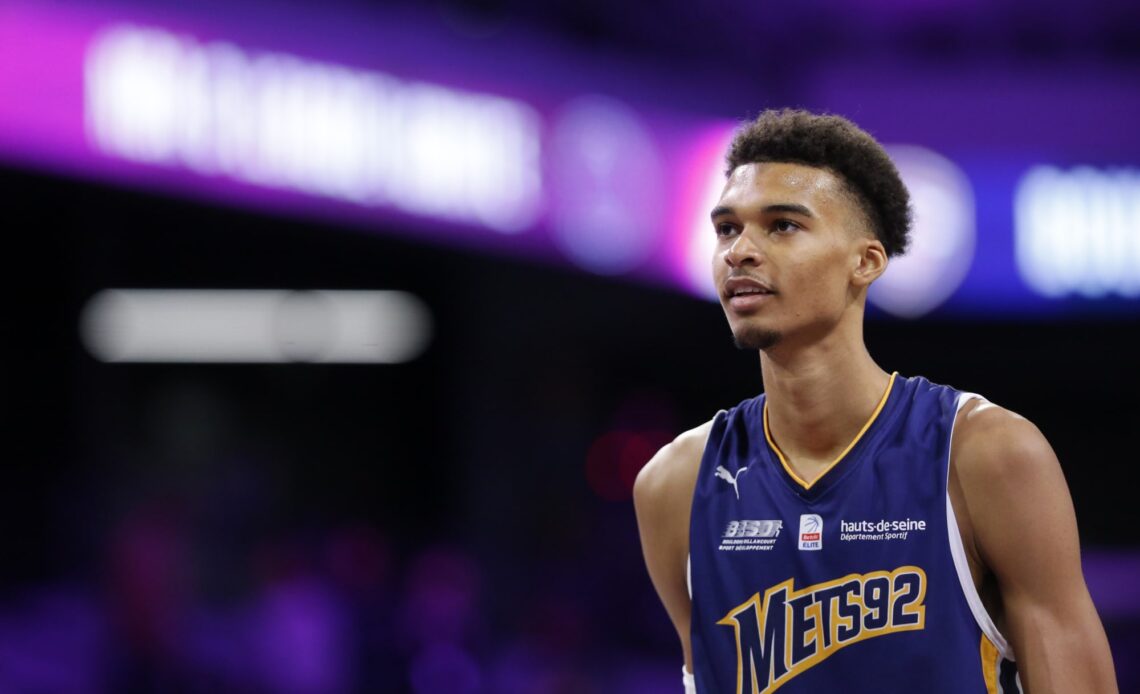 Throughout the past 75 years of NBA history, basketball fans have been blessed to witness some of the most breathtaking athletes to ever roam the planet. Whether that be Michael Jordan and LeBron James and their science-defying athleticism, or players such as Wilt Chamberlain and Shaquille O’Neal. Both stood at 7’1 and 300 pounds and were as mobile and agile as they came with brute force that made opponents sore going to bed that night.

We’ve also seen Magic Johnson change the point guard position as a 6’9 playmaker, or Stephen Curry transform the game forever with his otherworldly shooting exploits from beyond the arc. But no player in the NBA’s history has combined the size, skill set, and freakish physical attributes of the 7’4, 210lb, “French Mamba,” Victor Wembanyama. He’s like a skyscraper looking down at you and is arguably the freakiest prospect ever by not only being 7-foot-4 but also boasting an insane 8-foot wingspan!

Victor Wembanyama is the most intriguing prospect ever.

Victor Wembanyama has been considered the best prospect in the world since he was just 16 years old by former NBA Draft expert, turned Portland Trail Blazers general manager, Mike Schmitz. It’s not just the sheer size that has many NBA GMs, executives, and fans drooling at the thought of how he’ll develop over his career.

Yes, we’ve seen guys with crazy measurements throughout NBA history but they never put it all together, ala Mohamed Bamba or Bol Bol. That said, Victor Wembanyama has been on NBA scouts’ and GMs’ radars for years now since he was about 15 years of age. When he was 16, a viral video of him playing two-on-two against fellow Frenchman Rudy Gobert in a friendly match displayed his unique repertoire of skills.

His hype continued to grow after an eye-opening performance in the summer of 2021 at the U19 FIBA tournament, making the first team of the tournament along with two future NBA top-five picks in Jaden Ivey and 7-foot-1 Chet Holmgren, who also has similar skillset to Wembanyama. That game was Wembanyama’s true breakout party, as he put up 22 points, 8 rebounds, and a whopping 8 blocks against a USA team that he was more than two years younger than.

Wembanyama showed the entire package, from stepping out and knocking threes to swatting or altering shots to even doing a behind-the-back dribble in transition at 7’3 to finish at the rim! He was otherworldly in that game, but unfortunately, he and France lost to the USA in that gold…