From Deep: With Draymond Green’s punch, Warriors’ title defense gets off on the wrong foot 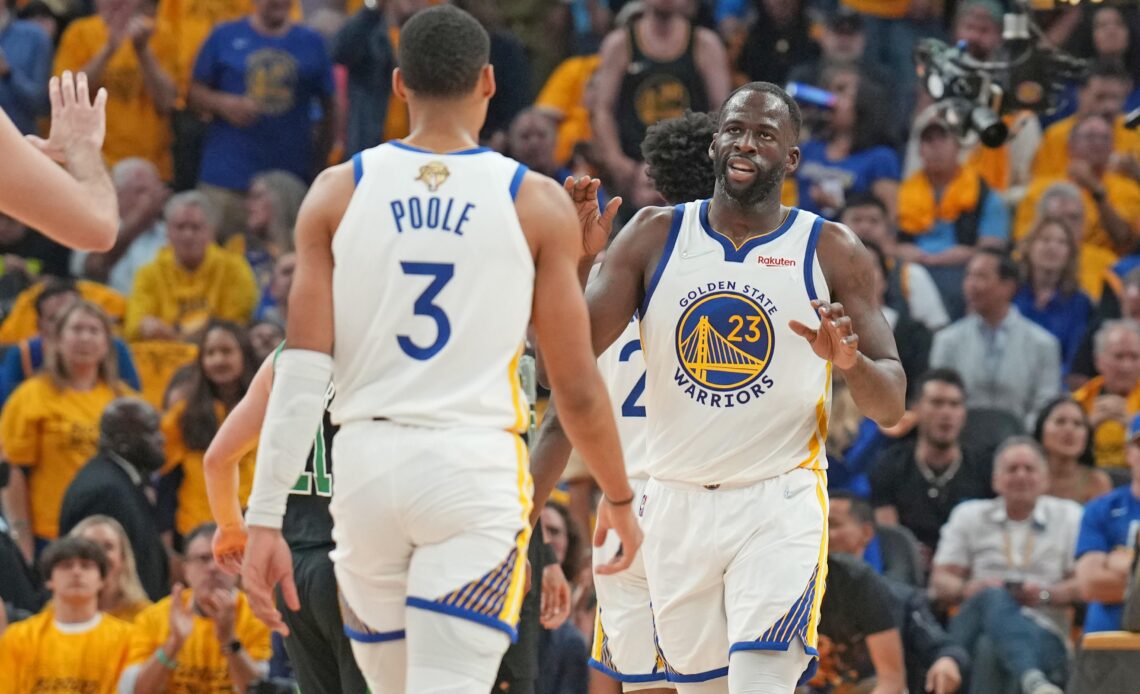 As the Warriors‘ training camp approached, there was a bit of uncertainty around potential contract extensions and the back end of the rotation. For the first time in four years, though, it looked like they’d begin the season whole. At media day on Sept. 25, Draymond Green said that they’d already had “an amazing couple of days” of practice. It was “a very comforting feeling,” he said, to see “guys humming and connecting on all levels,” rather than having a championship hangover.

One could have added that quote to a long list of reasons for optimism, including but not limited to:

Two weeks removed from media day, it’s worth remembering that these reasons are still valid. It’s harder to have warm and fuzzy feelings about the Warriors, though, after Green unloaded a single punch to Poole’s face at practice last Wednesday. We’ve all seen the video yet what specifically led up to it as well as the long-term effects of it remain unclear.

Green has been away from the team since the incident, and, as of Sunday night, Golden State has not made any announcement about when that might change. Warriors coach Steve Kerr said Saturday that Green’s absence is a “mutual decision” and that “honestly, right now, there is no set date or anything like that.”

During Green’s 39-minute press conference on Saturday, a reporter asked if he expects to play in the season opener against the Los Angeles Lakers on Oct. 18. “Yeah, I expect to play,” Green said. “Now, will I play? That’s a totally different story, and that’s something that we continue to figure out as we move forward and just feel through what’s right.”

Maybe the Warriors will be humming again soon enough. In comparison to the discord they’re…