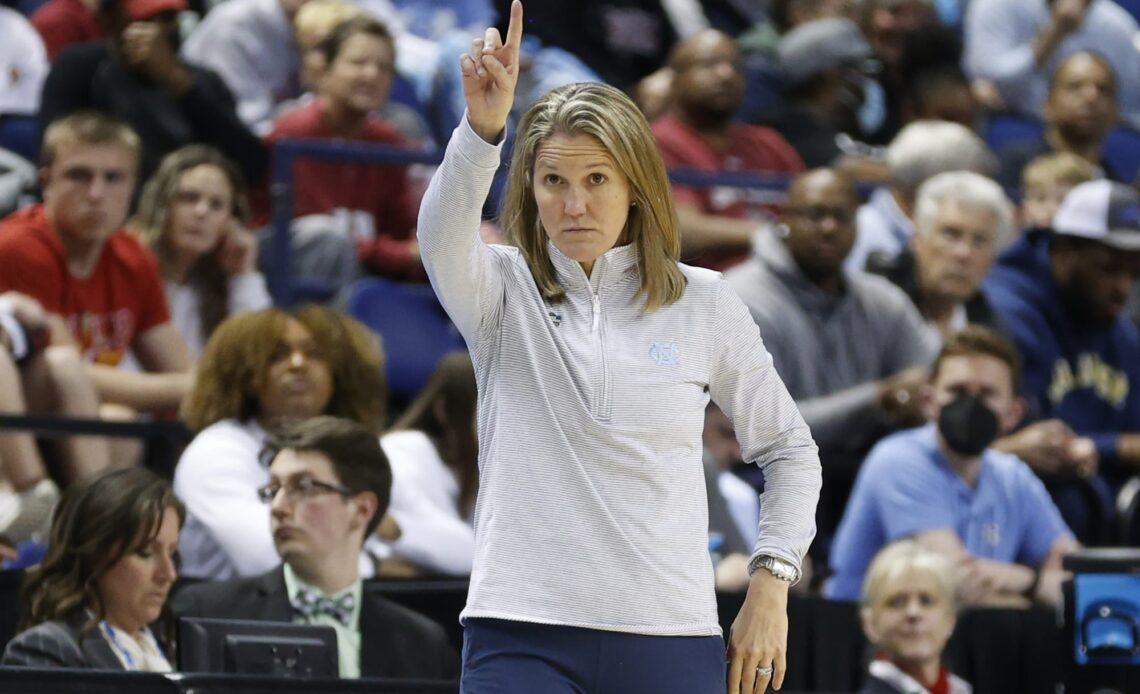 After a strong run to the Sweet 16 a season ago, the UNC Women’s Basketball program is must-see TV heading into the 2022-2023 season.

Very good news for Tar Heels fans: there will be plenty of opportunities to watch Courtney Banghart and the UNC women’s basketball program on television this season.

As mentioned by R.L. Bynum of Tar Heel Tribune, Banghart’s team has double the amount of 8:00 PM games this season than they did a year ago. In those matchups, the Tar Heels will host Florida State, Virginia Tech, and Duke, while they’ll play one late-night road game against N.C. State. With the time still to be determined for the Tar Heels’ home matchup with the Wolfpack, this number has the potential to increase by one more.

The Tar Heels are coming off a 25-7 2021-2022 season, as they earned the program’s first trip to the Sweet 16 since 2015. There isn’t much change to the team’s roster heading into this season, as North Carolina returns four junior starters (Deja Kelly, Anya Poole, Kennedy Todd-Williams, and Alyssa Ustby) who are determined to lead the Tar Heels even deeper into this year’s NCAA Tournament.

To see the UNC women’s basketball updated schedule, you can do so by clicking here. There are still a few tip-off times to be determined, but that information will likely be released as those specific contests draw near.