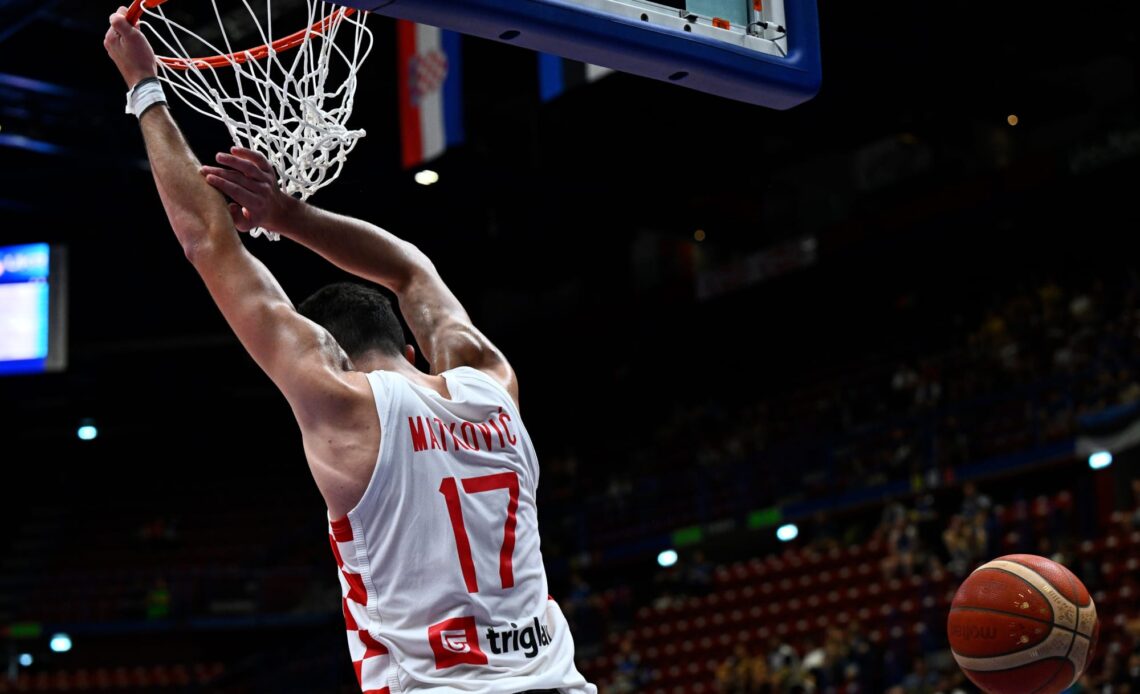 The New Orleans Pelicans have a ton of young talent and more on the way.

In addition to the young players that were already on their roster, the Pels added Dyson Daniels, EJ Liddell and Karlo Matkovic in the 2022 NBA Draft.

Matkovic is an interesting prospect out of Croatia who the Pelicans took with the 52nd pick in the draft.

Matkovic impressed in his pro workouts, showing an improved shot to go along with his plus athleticism and shot blocking and the Pels were happy to get him that late in the second round.

He’s currently playing for Croatia in the FIBA EuroBasket, one of a handful of Pelicans who have competed in international play this summer.

Matkovic is a long shot to make the rotation right away, but is making his case for a two-way contract and a possible call up at some point next season.

Matkovic is obviously not going to play right way, as the Pels’ rotation is currently loaded to the point where there are going to be some good players who are left out of the rotation entirely.

Karlo is used to it, as Croatia has a very good team with several NBA players including Dario Saric, Ivica Zubac and Bojan Bogdanovic, who has recently been attached to the Pelicans in trade rumors.

Matkovic has had to fight for minutes, but he’s made the most of the ones he’s gotten, averaging eight points and 3.5 rebounds in just over 15 minutes per game. He’s had a couple of nice outings, scoring in double digits three times in six games, including a 17 point, four rebound game in a win against Estonia.

He’s only taken one three-point shot, but he has flashed his athleticism, caught lobs, and blocked shots (you can see some highlights here), three things that could eventually get him minutes with the Pelicans, especially if he shows he can shoot the 3-ball to go along with his above-the-rim play.

New Orleans already has young players contributing on the roster with Herb Jones, Jose Alvarado and Trey Murphy III and are about to add even more, as guys like Dyson Daniels and Karlo Matkovic are going to be hard to ignore.