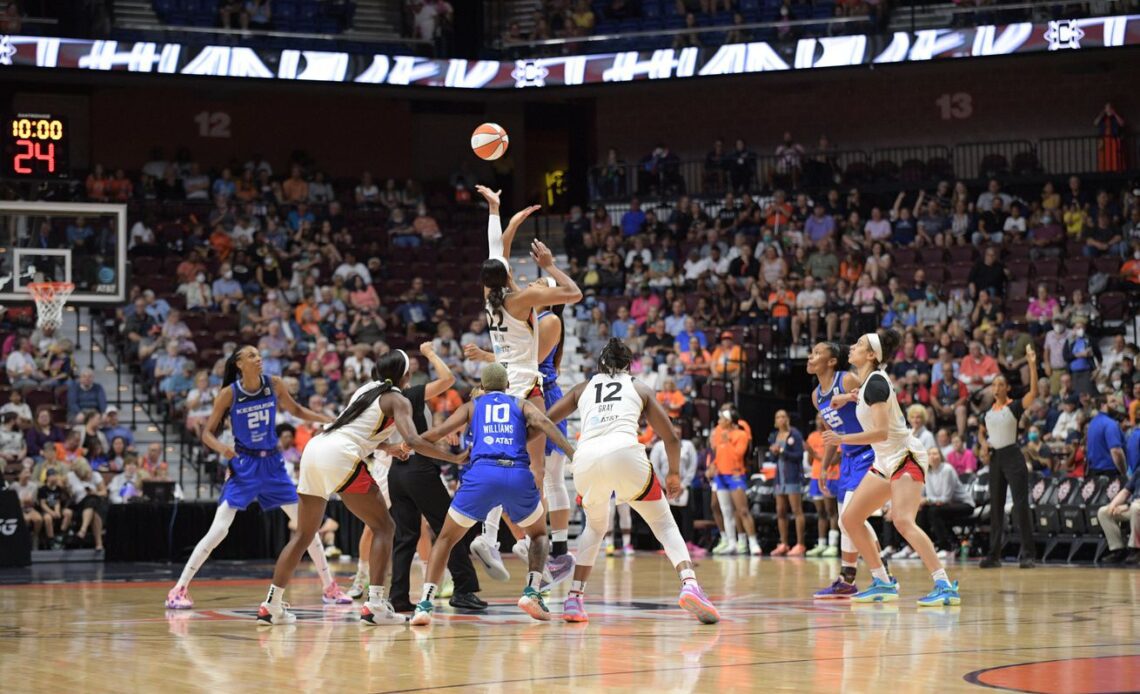 Follow along with Swish Appeal for everything you need to know about the second round of the 2022 WNBA Finals.

The conclusion of the WNBA playoffs is upon us, as the Las Vegas Aces and Connecticut Sun will battle for the title in the 2022 Finals.

Both teams are seeking to become first-time champions. Las Vegas has made the Finals and lost twice, once as the San Antonio Stars in 2008 and most recently as the Aces in 2020. Connecticut has lost in the Finals three times, in 2004, 2005, and 2019, all as the Sun. Whoever wins will be the 11th franchise to claim a WNBA title.

Becky Hammon and Curt Miller are vying to join a club of 15 other head coaches to have won a WNBA championship. Hammon would be the first coach since Van Chancellor in 1997 (the league’s inaugural season) to win it all in her first year.

The WNBA Finals are a best-of-five series, as they have been since 2005, a matchup that happened to feature the Sun in a loss to the Sacramento Monarchs. It’s a classic 2-2-1 format; the higher seed hosts the first two games and then returns home for a decisive Game 5 if necessary.

We’ve created this coverage hub to keep track of everything related to the finals: previews, recaps, analyses, and more. Here is the schedule for the final round of the WNBA playoffs.