Zion Williamson and the All-returning-from-injury team 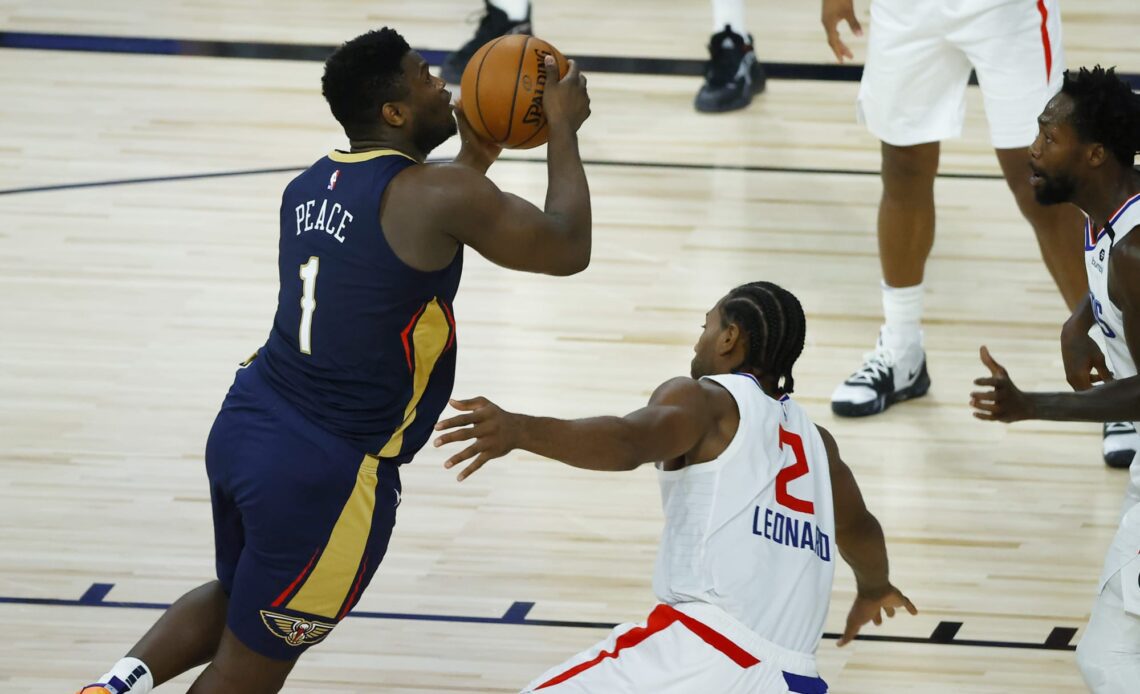 Zion Williamson will make his return to the New Orleans Pelicans next season after missing all of 2021-22 with a foot injury.

Many believe that the Pels are contenders with Zion in the lineup, but without him will once again struggle to make the playoffs in a very balanced Western Conference.

But Zion Williamson is not the only one, as the NBA had more high profile players miss most or all of last season than I can remember in my lifetime. In fact, if you formed a team out of guys who are trying to make comebacks next season, you have a list of players that looks like an All-NBA squad.

All of these players have a chance to make an All-Star or even All-NBA team next season if they can stay healthy and that includes Zion, who hopes to make a run at an MVP next season for the Pelicans.

That’s a pretty good backcourt right there when both guys are healthy. Murray missed all of last season with an ACL injury, but was on the cusp of being an All-Star the season before. He’s still just 25-years-old, so the Nuggets are hoping a full return to health will help them get back to the top of the Western Conference.

Thompson played 32 games for the Warriors last season and won a ring, but he wasn’t quite back to 100 percent yet, as he shot under 40 percent from 3-point range for the first time in his career. He was coming off two full missed seasons, so it took some time to get his legs under him. He should be back to 100 percent next year to get the Splash Brothers back to full strength.

You could talk me into all of these guys being All-Stars next season if they are healthy.

The Clippers only got 31 games combined from Kawhi and George last season, so are hoping that getting both back will make them one of the frontrunners for a title.

Zion and Simmons are two former number one picks hoping to show they can stay on the court, as both have missed multiple full seasons in their careers for various reasons.

Porter Jr. only played nine games last season after signing a massive extension and he too missed his entire rookie season with injury, so needs to prove he can stay healthy.

Whether it’s because of age or repeated major injuries, all of these players are now in the “when healthy” stages of their careers, so their chances (and those of their teams) will all just come down to whether they…