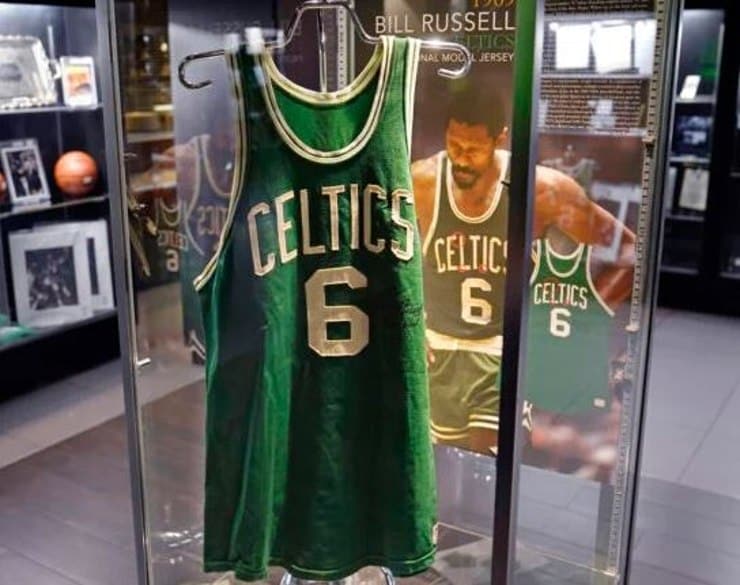 The NBA is officially retiring Bill Russell’s No. 6 jersey. The 11-time NBA champion and Boston Celtics legend passed away at the age of 88 last month. Russell wore No. 6 throughout his entire 13-year career from 1956–69.

However, active players are still allowed to wear the number until they retire. That means four-time MVP LeBron James is in the clear to continue wearing his No. 6 jersey.

“Bill Russell’s unparalleled success on the court and pioneering civil rights activism deserve to be honored in a unique and historic way. Permanently retiring his No. 6 across every NBA team ensures that Bill’s transcendent career will always be recognized.”

Russell is the first NBA player to have his number retired leaguewide.

The NBA will pay tribute to Bill Russell throughout the 2022-23 season. Per multiple sources, all NBA players will wear a commemorative patch on the upper right side of their jerseys. Not to mention, on the sideline of each court, teams will display the Celtics shamrock logo with the No. 6.

Russell jerseys are selling for $75 right now. Amazon, eBay and Aresbestshop are options. Meanwhile, other sites are selling them for $100. At the moment, prices are reasonable.

Moreover, the legend was selected second overall by the St. Louis Hawks in the 1956 NBA Draft. Then, he was immediately traded to the Celtics. Russell won five MVPs. Additionally, he won one All-Star Game MVP in 1963. Through 963 career games, the center averaged 15.1 points, 22.5 rebounds and 4.3 assists per game.

Russell also won two consecutive national championships at the University of San Francisco. As a player, he was inducted into the Naismith Memorial Basketball Hall of Fame in 1975 and as a coach in 2021.

Of course, in 2017, Russell won the NBA Lifetime Achievement Award. Rest in peace to this legend. In fact, he was…