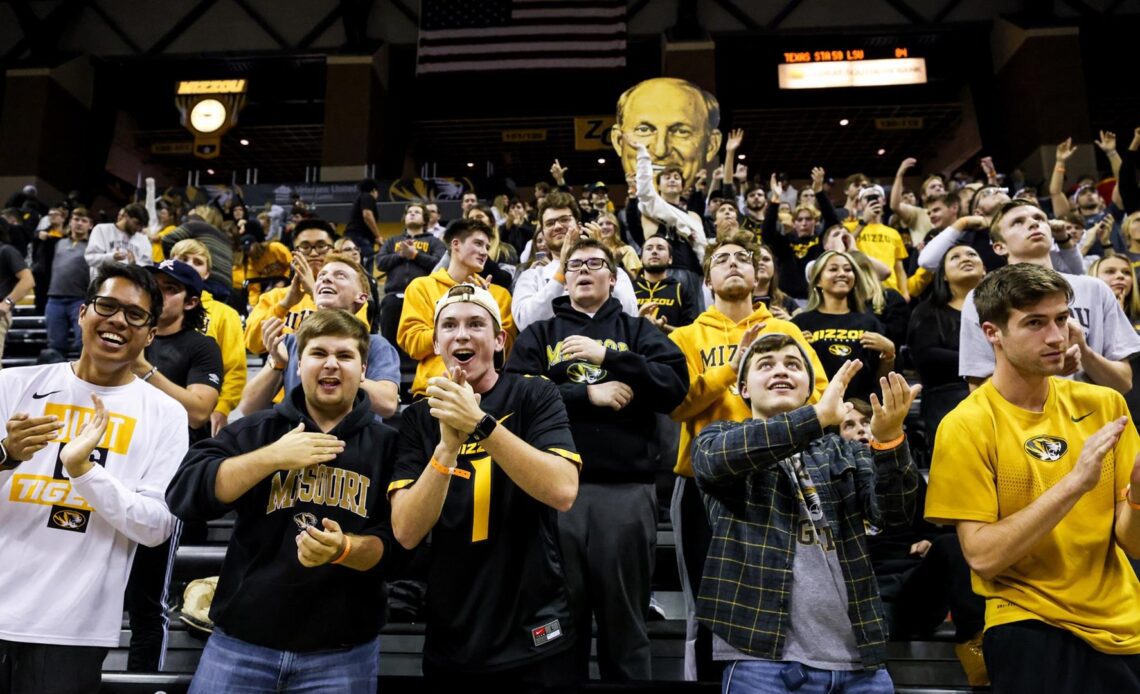 
COLUMBIA, Mo. – For the second-consecutive season, the University of Missouri men’s basketball team will take on longtime rival, Iowa State, in the SEC/Big 12 Challenge. The Tigers will host Iowa State inside Mizzou Arena for the 2023 edition of the challenge on Saturday, Jan. 28.

Start times and network designations will be announced at a later date for the 10th edition of the annual event which will be broadcast on the ESPN family of networks.

The meeting against the Cyclones will be the 237th in the storied series history. The Tigers lead the all-time series, 150-85, however, Iowa State has claimed a victory in the last two meetings. It will be the fourth meeting between the two programs in the last six seasons.

Mizzou is 2-3 all-time in the SEC/Big 12 Challenge since joining the Southeastern Conference. The Tigers dropped last year’s matchup against No. 23 Iowa State in Ames. Mizzou won its last home edition of the Challenge in 2020 in an overtime 102-98 victory against TCU.

Dennis Gates enters his first season at the helm of the Mizzou program, after being hired on March 22, 2022. Gates takes over as the 20th head coach in school history after a successful three seasons at Cleveland State where he led the Vikings to back-to-back conference championships and postseason appearances. The Tigers return All-SEC performer, Kobe Brown to the 2022-23 roster while welcoming 12 newcomers.

Iowa State had one of the best turnarounds in the country last season, ending the season ranked No. 23 with a 22-13 record. The Cyclones reached the Sweet 16 in the NCAA Tournament for the sixth time in their program history.

The SEC won the ninth annual Big 12/SEC Challenge by winning six of the 10 games on Jan. 29, 2022. It marked the second-straight season the SEC won the Challenge, and the fifth in the last six years.

A new era of Mizzou Men’s Basketball has officially begun! Commit to Coach Gates by placing your deposit today to be among the first to secure season tickets for the 2022-23 campaign.