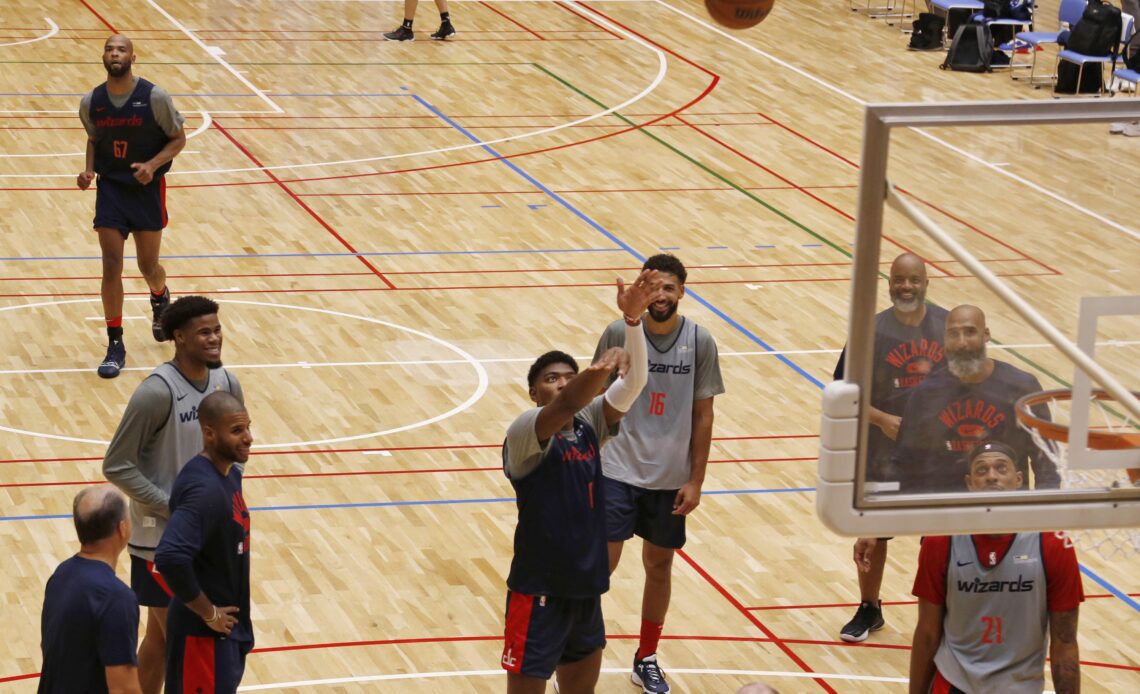 TOKYO (AP) — Japanese basketball fans will get to see NBA stars up close when the reigning league-champion Golden State Warriors take on the Washington Wizards in two preseason games.

Not surprisingly, Stephen Curry and Japanese-born Rui Hachimura will be the star attractions for each team.

And as clearly as the logo of Japanese online retailer Rakuten is splashed on Curry’s jersey, big money is riding on the NBA’s most recent foray into Japan.

Junya Ogura, senior manager at Japanese automaker Nissan’s brand and media strategy department, thinks it’s all worth it, given the NBA’s strong appeal to the younger generation, a trend that’s backed up by marketing studies.

“These are the Japanese people who grew up on Michael Jordan,” said Ogura. “We are banking on a return that will come in the future.”

The NBA has drawn 15 marketing partners to support the preseason games in Japan, including American Express, Hennessy, NEC and Nike, and now has 19 marketing and promotional partners in Japan.

“Building the fan base in Asia, and everywhere else in the world, results in more sponsorship dollars, increased media rights and greater merchandise sales.”

The NBA may have more global appeal than other U.S. sports, being easier to understand than football, for instance, according to Dorfman, who has worked in Japan.

“Every team has foreign-born players on their rosters, and the league’s top stars are cultural icons, trendsetters, and social media giants. The game is cool,” he said.

That translates not only into sponsorship money but also youngsters spending on sneakers and other fashion items and merchandising.

Between 1990 and 2003, the NBA staged 12 regular-season games in Japan. The last time the NBA played in Japan was in 2019, when Houston and Toronto played a pre-season game. The coronavirus pandemic had postponed their return to Japan until…