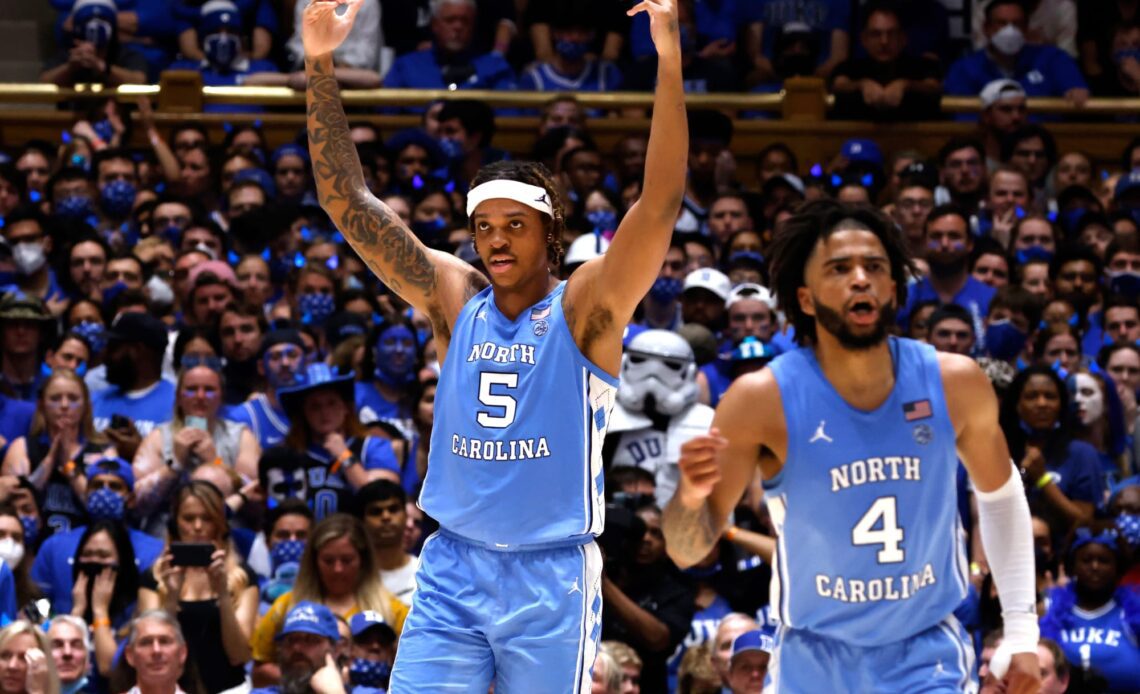 The UNC basketball stars were getting some swings in at a baseball field in Kentucky this weekend.

Since taking over the head coaching job, Hubert Davis has constantly talked about how he wants his players to have fun experiences during their time in Chapel Hill.

Two of his best players are doing just that, as center Armando Bacot and point guard RJ Davis were seen having some fun on the baseball diamond this weekend.

Fans of the UNC basketball program know that Bacot has talent that goes beyond the basketball court.  This offseason alone we have learned about his acting career and seen him throw a first-pitch strike at a Baltimore Orioles game.  Now the man who can seemingly do it all is showing off his baseball swing:

With a swing like that, we know someone that Scott Forbes could call if he needs a powerful bat off the bench next season.

Not to be outdone, Davis showed off his hitting ability by driving this outside pitch to right-center field.

Bacot, Davis, and the rest of the UNC basketball program will be back on the basketball court in less than two months, when the Tar Heels host UNCW on November 7th in the season opener.