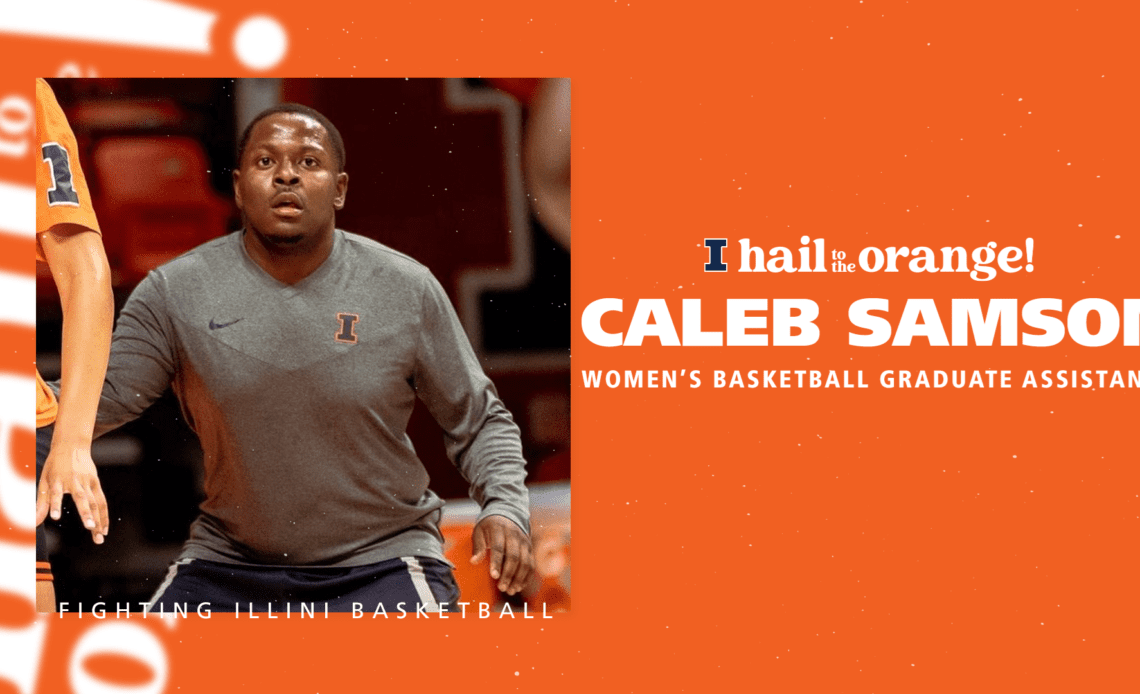 “I am very excited to have Caleb join our Illini family,” shared Green. “He brings knowledge, energy and a strong work ethic to our program that will make an immediate impact on our players and staff.”

A graduate of Wake Technical Community College and Urbana University, Samson hails from Brooklyn, N.Y., with his family now residing in Orlando, Florida. He competed on the Wake Tech CC squad from 2016-18 and went on to play at Urbana from 2018-20 before joining K.C. Bassett’s nationally-ranked women’s basketball squad at Sterling College for the 2021-22 campaign.

Samson contributed to the Lady Warriors’ success in numerous ways, with involvement in recruiting, player development, scouting reports, film breakdown and practice plans. During the 2021-22 season, Sterling College owned a 32-3 record and earned a bid to the NAIA National Tournament after securing conference regular season and tournament championships. Sterling College ranked as high as the top-10 in the polls as well as top-10 in six offensive statistical categories with Samson on staff last season.