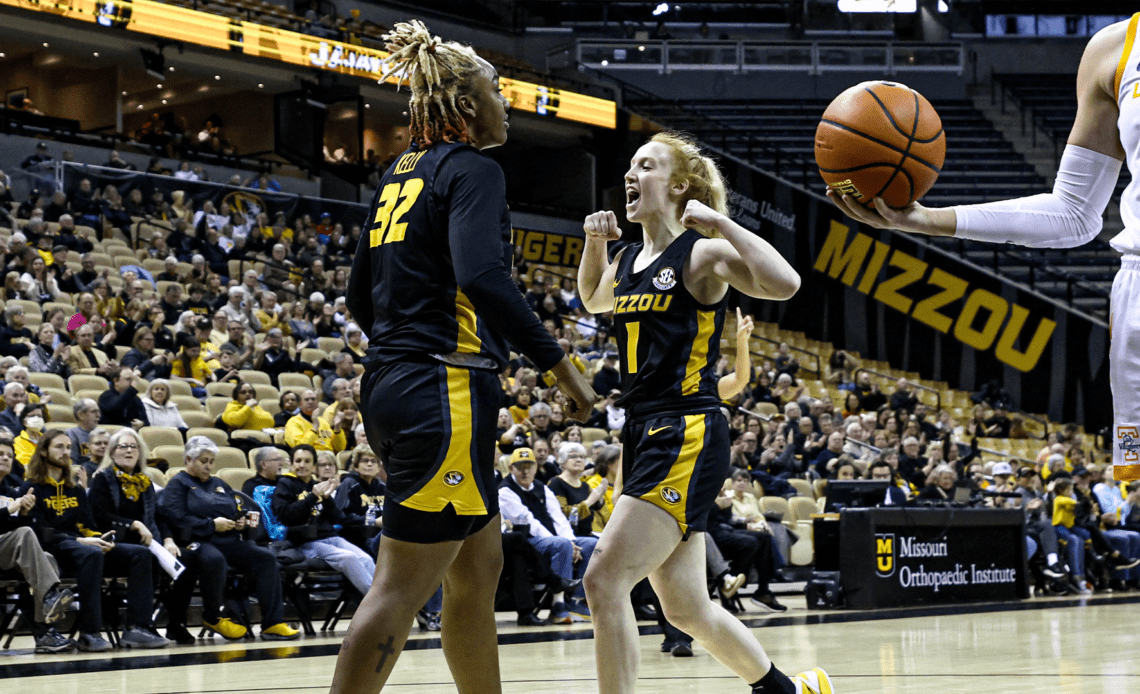 
COLUMBIA, Mo. – The University of Missouri women’s basketball team starts a two-game road trip with an excursion to Athens, Ga., where the Tigers will face the Bulldogs. Tipoff from Stegeman Coliseum is slated for 6 p.m., the contest will be broadcast on SECN+ and KTGR.

The Tigers enter with a 14-6 overall record with a 3-4 standing in SEC play following a close home loss against Tennessee. After falling behind in the first quarter, Mizzou outscored the Lady Vols in each of the last three quarters, though a late run put Tennessee ahead in the closing seconds. The loss is the Tigers’ fourth in a row.

Senior forward Hayley Frank led the offense with a season-high 26 points on 9-of-16 shooting from the field. Her point total was the most by a Tiger this season and also marked the 20th career game with 20+ points. She also logged a season-high 40 minutes along with three boards and a trio of assists.

Another key contributor for the Tigers was junior center Jayla Kelly, whose breakout performance powered the Tigers in the first half. She fell just short of a double-double with a career-high 14 points and nine rebounds. Kelly also played a career-high 26 minutes.

The Tigers had great success at the free-throw line once again, knocking down 6-of-7 (85.7%) from the stripe. For the third consecutive contest, Mizzou has hit at least 85 percent of its free throws. The last time the Tigers accomplished that feat was between Feb. 24 and March 3, 2022.

Mizzou and Georgia will square off for the 18th time in history, with the Bulldogs leading the all-time series, 11-6. The Tigers are in the midst of a three-game losing streak against Georgia, with the last win coming on Feb. 6,…