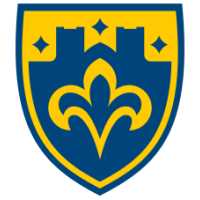 at College of St. Scholastica

at College of St. Scholastica

The game began back-and-forth with sophomore guard/forward Katherine Norquist (Chicago, Ill./Walter Payton College Prep) tying the game at two all and senior guard Solana Cushing (Minneapolis, Minn./South) knocking in a three to take the lead 5-4. However, the Pipers took over and led the Scots 13-5 after 10 minutes.

The Pipers put up five points in the third before Starks and Cushing were able to score for the Scots. The Pipers led by as much as 35 in the quarter, and led 55-22 going into the final quarter. The fourth quarter was back-and-forth between the teams. Norton and Starks got the ball rolling for the Scots. Junior guard Andrea Palmen (Kenosha, Wis./The Prairie School) scored a three-pointer with 6:01 on the clock, assisted by Pedrosa, followed by another three-pointer from Cushing. Macalester continued banking threes, this time by junior guard Caitlin Panos (North Andover, Mass./Andover). However, at the final…