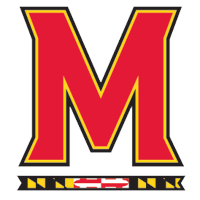 LINCOLN, NE —Keisei Tominaga collected 22 points – one shy of his career high – but the Nebraska men’s basketball team fell to the Northwestern Wildcats 78-63 at home Wednesday.

The Cornhuskers (10-11, 3-7) had two players score in double figures, led by Tominaga, who had 22 points. Jamarques Lawrence tacked on a career-high 12 points and Sam Griesel added eight points and four steals.

The Nebraska offense made hay from three-point land, making nine threes on 25 attempts. Lawrence hit four treys for the Cornhuskers in the contest.

The Nebraska defense was effective at taking away the basketball in Wednesday’s game, forcing 15 Northwestern turnovers. Those takeaways turned into 18 points on the offensive end of the floor. Griesel’s four steals led the way individually for the Cornhuskers.

Nebraska fell behind 43-30 heading into halftime after Northwestern closed the first half on a 13-2 run.

Northwestern kept widening its lead after intermission, constructing a 68-47 advantage before Nebraska went on a 9-0 run, finished off by Derrick Walker’s layup, to shrink the deficit to 68-56 with 4:12 to go in the contest. Northwestern responded and outscored the Cornhuskers the rest of the way, ending the game with a final score of 78-63. Nebraska took care of business in the paint, recording 18 of its 33 points in the…