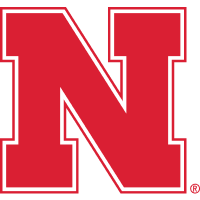 COLLEGE PARK, MD — Four Maryland players scored at least 13 points, led by 22 from Jahmir Young, as the Terps rolled past Wisconsin in a blackout-themed night in an energetic XFINITY Center led by the return of students to campus, 73-55. The Terps (13-7, 4-5) have now won all four home conference games this season and are 10-1 overall at XFINITY Center.

The Terps were propelled by a 12-0 run late in the first half followed by a hot start from the field in the second, with Maryland going 8-of-8 from the floor to build a 49-36 lead that the Badgers could never significantly cut into.

Young led the way once again for the Terps, turning in his sixth 20-plus point game of the year in addition to eight rebounds. Donta Scott was also huge all night, posting his second double-double of the year with 14 points and 11 boards. Julian Reese totaled 14 points and only missed one of his eight attempts from the field. Hakim Hart added 13 and led the way for the Terps as a facilitator, posting a career-high eight assists.

The four of them combined for 63 of Maryland’s 73 total points.

In holding the Badgers to just 55 points, it was Maryland best defensive effort in a Big Ten game since holding Michigan State to 55 on Feb. 28, 2021.

The Terps’ 56.0 field goal percentage was their best in a conference game since March 8, 2020, when the Terps also shot 56 percent against Michigan in the game…