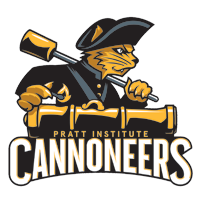 ARLINGTON, Va. — With her final bucket of the evening at Marymount University (15-4) on Wednesday night, graduate student Sondra Fan slid into the top-ten all-time in scoring at Christopher Newport with 1,328 career points. Fan had 19 against the Saints, helping lead the top-ranked Captains (18-0) to a 69-52 win on the road.

Needing 17 points to tie Misty Hart and Cathy Skinner for ninth on the career scoring chart, Fan scored just three points in the first half. She rallied after halftime, however, knocking down 7-of-9 field goal attempts for 16 points after the break to continue to add to her impressive career resume. The Poquoson, Va. native is the first player to break into the top-ten since Chelsie Schweers in 2008-09; Fan reached the top ten in her 103rd career game.

In addition to a dominant second-half scoring effort, Fan also filled the stat sheet with a team-high five assists, grabbed four rebounds, and two steals. She was joined in double figures by senior forward Anaya Simmons, who was 6-for-9 from the field for 15 points. She also had an oustanding total effort against the Saints, hauling in seven boards, dishing four assists, and snagging three steals.

The duo helped anchor a second half outburst that saw Christopher Newport shoot 57.7 percent as a team (15-26) and outpace the home team by 14. CNU led by as many as 21 in the fourth quarter before settling for the final verdict, 69-52.

The victory was the 27th consecutive road win, adding another to the program record and the nation’s longest winning streak as the visiting team….