No. 12 Hokies head to Durham to face No. 16 Duke Blue Devils 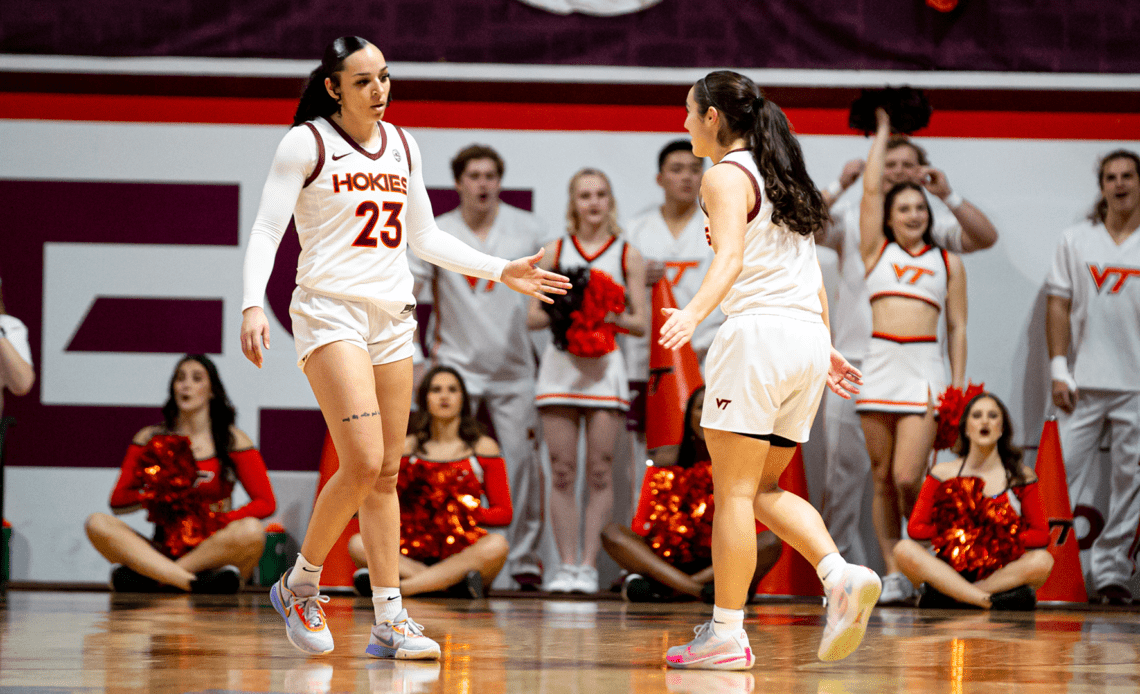 The 12th-ranked Virginia Tech women’s basketball team travels to The Triangle for the first of three trips this season to take on No. 16 Duke Thursday night.

Last time on the court, VT defeated Wake Forest 74-57 behind a season-high 28 points from center Elizabeth Kitley who also set a program record for field goals made in the process going 12-for-15 in the game. She was honored as the ACC’s Player of the Week.

Point guard Georgia Amoore also played well, scoring 17 points and connecting on five 3-pointers for the second game in a row. In ACC play, Amoore is scoring 16.9 points per game and she has score 20 or more in four of Tech’s nine games.

Taylor Soule was also in double figures Sunday afternoon, scoring 16 points. It was her third consecutive game scoring 10 or more. Tech is 10-0 when three athletes score 10 or more this season.