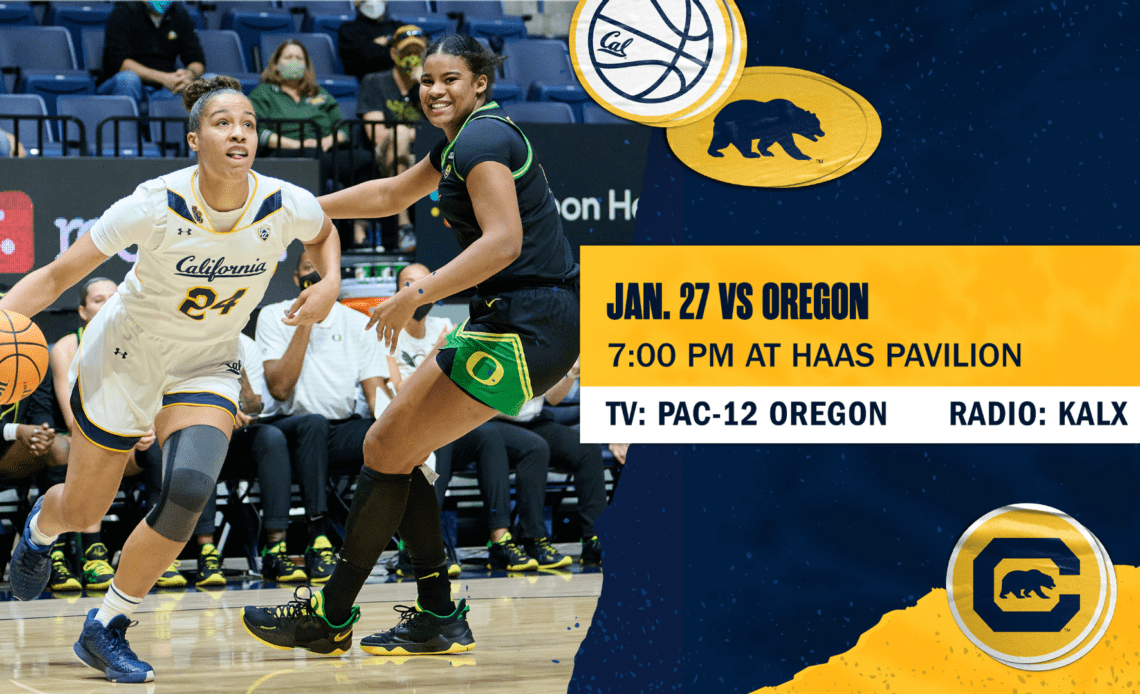 Tipoff Is At 7PM

BERKELEY – The California women’s basketball team (10-9, 1-7) continues its homestand against Oregon on Friday. Tipoff is scheduled for 7:00pm and the game can be viewed on the Pac-12 Network Oregon.

This game will serve as our annual Play4Kay game as the team will be wearing its special pink uniforms and fundraising for the Kay Yow Cancer Fund in honor of Olympic gold medal-winning and Naismith Hall of Fame coach, Kay Yow, who was first diagnosed with breast cancer in 1987 and passed away on January 24, 2009. Since its inception in 2007, the Kay Yow Cancer Fund has awarded $7.88 million to support scientific research and projects that serve the underserved in the fight against all cancers affecting women.

This game marks the 79th all-time meeting between the two programs with the Ducks holding a 45-33 series record and winners of seven straight. The Bears’ last win came in a 55-49 victory in Eugene on Feb. 24, 2017.

Oregon is led by ninth-year head coach Kelly Graves and is coming off a 20-12 season and a berth to the NCAA Tournament. The Ducks are led by Endyia Rogers and the Pac-12’s leading rebounder, Phillipina Kyei, and freshman scorer, Grace VanSlooten.