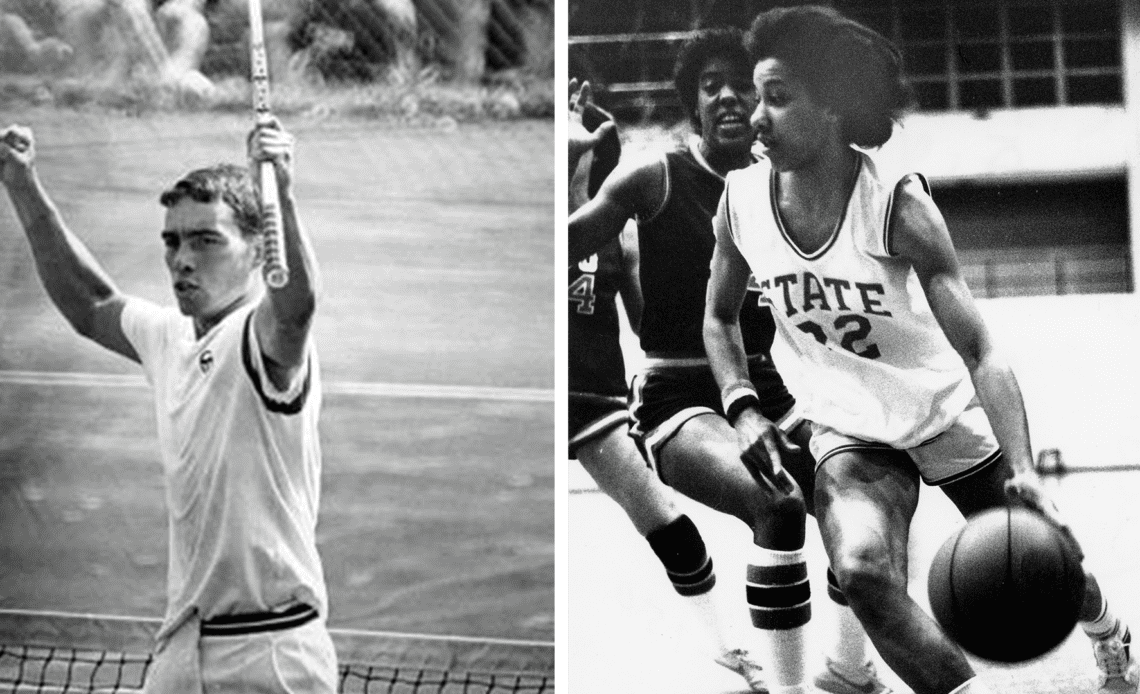 
RALEIGH, N.C. – Two former Wolfpack standouts have been selected to the 2023 induction class of the North Carolina Sports Hall of Fame.  Former women’s basketball player Trudi Lacey (1978-81) and former tennis player John Sadri (1975-78) will be enshrined during the 59th annual Induction Celebration on the evening of Friday, April 21, at the Raleigh Convention Center, starting at 7 p.m.

Both are previous inductees into the NC State Athletics Hall of Fame – Lacey in the class of 2018 and Sadri in 2020.

Lacey ranks fifth in NC State women’s basketball history in scoring (1,957 pts), third in rebounds (1,051), and fourth in double doubles (40). She was the Pack’s leading scorer (20.1 ppg) and rebounder (11.4 rpg) in 1980-81 as she averaged a double-double. Her 41 points versus Mercer that season are the fourth-most ever scored in a game by a Wolfpack player

A 1980 National Scouting Service All-American, Lacey was a finalist for the Wade Trophy in 1981, was named to the All-ACC Tournament Team four consecutive seasons, was a two-time team MVP and was part of the ACC Tournament title team in 1980. She was also a four-time All-NCAIAW selection and was invited to the 1984 Olympic Trails.

Lacey went on to become a head coach in the WNBA, leading the Charlotte Sting (2001-02) and the Washington Mystics (2011-12). She is currently the Director of Athletics at Johnson & Wales University in Charlotte.

In 1978 he was the NCAA Championship runner-up, falling to Stanford freshman John McEnroe.

In 2003, Sadri was named to the ACC 50th Anniversary Tennis Team. He was inducted into the North Carolina Tennis Hall of Fame in 2001.  He reached No. 14 in the world rankings in 1980 and won two professional singles and three professional doubles titles. In 1979 he was the runner-up at the Australian Open….