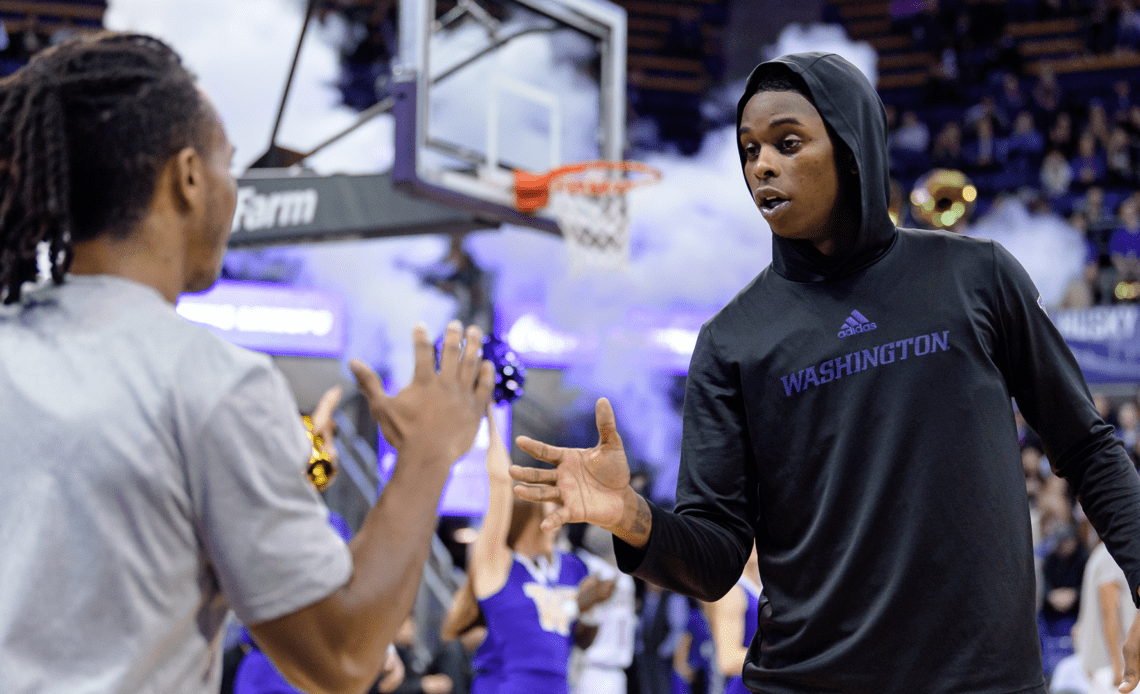 
SEATTLE – Washington (12-9, 4-6) returns to Alaska Airlines Arena for a pair of games this week against opponents from Arizona.

Winners of three of their last four, the Huskies host Arizona State Thursday night. Roxy Bernstein and Corey Williams have the call, tipping off at 8 p.m. on ESPNU while Tony Castricone and Jason Hamilton will call the action on the Husky Sports Network, and locally on Sports Radio KJR-AM 950.

Mike Hopkins and his staff will wear suits and sneakers for Coaches vs. Cancer.

This is the 91st meeting between the teams. Arizona State won 73-65 earlier this month – the third win for the Sun Devils in the last four matchups and seventh in the last 10. ASU last swept the season series in 2020-21 when both games were in Tempe. Both teams are 2-2 in the last four meetings at Hec Ed. The Sun Devils last won in Seattle in Feb. 2020.

Washington couldn’t overcome the Utah Utes and were defeated 86-61 on Saturday.  Keion Brooks Jr. led the Huskies with 17 points, nine rebounds and four blocks.  It was the first meeting between the two teams this season. The Huskies have made 7+ three-pointers in six-straight games. Game recap

The Huskies host No. 6 Arizona on Saturday at 2:30 p.m. The game is a White Out so fans should grab their white UW apparel and head to Hec Ed!