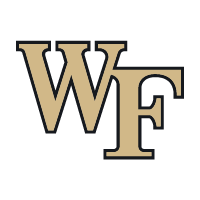 The Pack was led by Jarkel Joiner who scored 28 points on 9-of-18 shooting. The Oxford, Miss., native was a perfect 8-for-8 from the foul line and has now made 26 consecutive free throws.

He also led the team with six rebounds in the win.

Terquavion Smith added 17 points despite shooting just 2-of-14 from the field. Smith did tie his career-high with 11 made free throws as he went 11-for-13 from the foul line.

DJ Burns chipped in 14 points and Casey Morsell finished with 11.

NC State only turned the ball over two times in the win over the Fighting Irish, tying a school record for the fewest in a single game. The Pack also had just two turnovers in a win over Georgia Tech on Jan. 13, 1991.

The Pack opened the second half on an 18-4 run to take a 55-46 lead with 14:14 to play, but that would be NC State’s largest lead of the second half as the Fighting Irish never went away.

Notre Dame closed within one, 69-68, on a Cormac Ryan three-pointer with 4:59 to go, but the Pack immediately answered with a three from Morsell to push the lead back to four.

The Irish would get back within one possession with under two minutes to play, but NC State shot 11-of-12 from the foul line in the final four minutes of the game to keep Notre Dame behind.