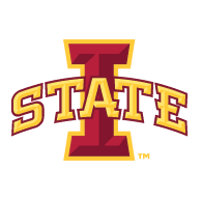 Oxford, Miss. – Behind a school-record 16 3-pointers in a SEC contest, the Missouri men’s basketball team earned an 89-77 win at Ole Miss on Tuesday night. With the win, the Tigers improve to 15-5 on the season and 4-4 in SEC play, while the Rebels drop to 9-11 overall and 1-7 versus league foes.

Graduate student D’Moi Hodge and senior Isiaih Mosley each reached 20 points in the winning performance with Hodge scoring a game-high 24 and Mosley adding 20. The duo connected on 10 triples between them with Hodge making 6-of-11 and Mosley sinking 4-of-7.

Mosley and senior Kobe Brown also paced the attack with five assists apiece, while Brown added 18 points of his own. Junior Mohamed Diarra rounded out the double-digit scorers for Mizzou with a career-best 11 points to go with a team-leading six rebounds on the night.

Hodge was hot from the start in the game and gave the Tigers a lead it would not relinquish. The graduate guard sunk four from beyond the arc in the first six and a half minutes as Mizzou raced to a 22-13 lead. The Tigers advantage would reach as many as 16 points before a late 13-3 run by the Rebels led to Mizzou heading into the locker room with a 47-41 halftime lead.

The Tigers continued their 3-point assault in…