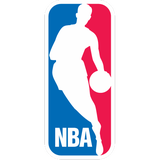 The Los Angeles Lakers made the first notable move of the NBA trade deadline in acquiring Rui Hachimura from the Wizards on Monday. LeBron James & Co. will reportedly get a much bigger piece of their playoff push plans back in the coming days.

According to ESPN, star forward Anthony Davis is expected to return to the court nearly six weeks after being sidelined with bone spurs in his right foot.

Davis could play in the Lakers’ game against the Spurs on Wednesday, though it is reportedly “more likely” that his return comes in the team’s matchup against the Celtics on Saturday.

Lakers coach Darvin Ham told reporters Monday that Davis has performed well in full-contact scrimmages with what he calls the “Stay Ready Group,” a squad of role players that work out to stay prepared for when they might be called upon in a game.

“[Davis] looked great,” Ham said. “He got in with that group, went up and down with some contact, and he looked phenomenal. So again, we’re really being conservative and sticking to the plan, but we’re getting to the point within the plan that he’s starting to get a little bit of bump in with the guys and a little more contact to go along with the 1-on-0 workouts. He’s responded well to it thus far, so we’ll see. … It’s a huge step in the right direction.”

[2023 NBA trade grades: How did Lakers, Wizards do in Rui Hachimura deal?]

Davis has performed well when healthy this season, following two years plagued by injury and inconsistency. The 11-year veteran out of Kentucky is averaging 27.4 points and 12.1 rebounds per game over 25 games this season.

The Lakers are currently 12th in the NBA’s Western Conference at 22-25 but sit just one game behind the defending champion Warriors, who hold the final play-in spot at 10th.

Get more from National Basketball Association Follow your favorites to get information about games, news and more