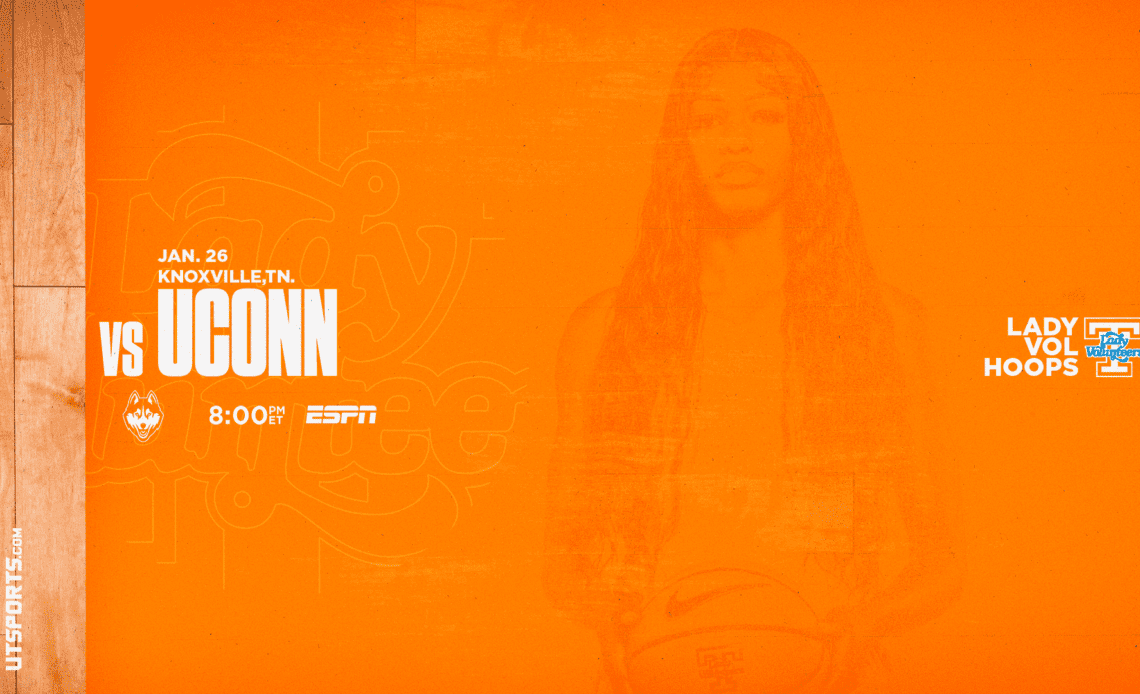 UT and UConn will meet for the 26th time in a series that dates back to 1995, with the Huskies holding a 16-9 advantage and winning the past three meetings between the programs since the series resumed in 2020 after a 13-year hiatus.

Through eight games in league play, UT remains tied atop the SEC standings along with No. 1/1 South Carolina and No. 4/3 LSU at 8-0. It is the Lady Vols’ best conference start since they went 13-0 in 2014-15 en route to a 15-1 league record and regular-season title.

With Jordan Horston out sick on Sunday in Columbia, Tennessee managed to remain perfect in SEC play by getting a layup from Jordan Walker, a three-pointer from Sara Puckett and a turn-around  jumper “and-1” from Rickea Jackson over the final minute to secure a 68-65 victory. Jackson’s bucket and free throw came with a second remaining.

Despite a season plagued with injuries, UConn rolls in to Rocky Top on an 11-game winning streak, with its only losses on the year coming at home to #7/7 Notre Dame (74-60) on Dec. 4 and at #20/21 Maryland (85-78) on Dec. 11. The Huskies had no trouble at home with DePaul on Monday night, crushing the Blue Demons, 94-51, with four players scoring in double figures.

The only common foe on the teams’ schedules is South Carolina, which UConn hosts on Feb. 5 and Tennessee welcomes to T-BA on Feb. 23.

We Back Pat Week