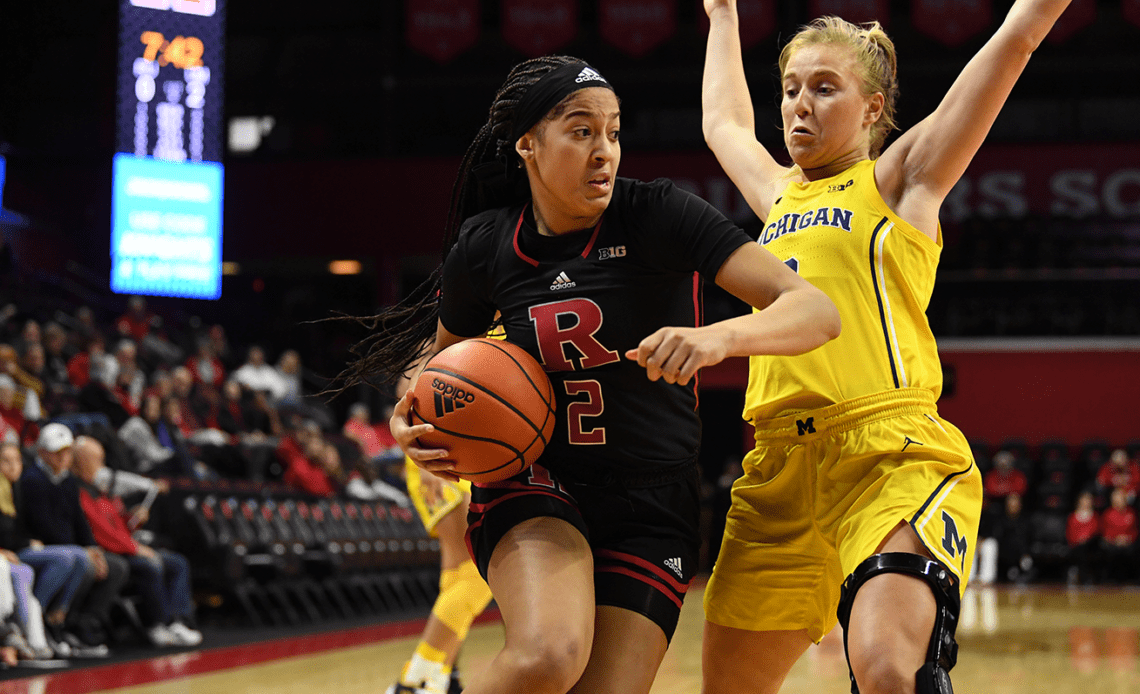 
PISCATAWAY, N.J. — Kaylene Smikle of the Rutgers women’s basketball team was chosen as the Big Ten Freshman of the Week for the third time this season and the second time this month. The conference made the announcement on Monday afternoon.

Smikle is the first freshman in program history to earn the honor three times in the same season and the first Scarlet Knight to earn any Big Ten weekly award three times since 2014-15 when Betniijah Laney accomplished the feat.

The weekly honor is also the third for Rutgers this season under head coach Coquese Washington. In addition, the honor is just the fourth Freshman of the Week for RU all-time, after Diamond Johnson picked up the first on Dec. 21, 2020 and Smikle was chosen earlier this season on Dec. 19, 2022 and Jan, 9, 2023.

Smikle led Rutgers in both contests this week, averaging 19.5 points, two rebounds, two assist and three steals against No. 14/16 Michigan (Jan. 19) and Michigan State (Jan. 22). With 27 points against the Spartans, Smikle has now reached 20+ points 10 times this season, the second most by any D1 freshman.

She is the only Scarlet Knight to pass the 20-point milestone, hitting the mark in the last five of the last six outings. The contest also marked her 17th double-digit performance of the season and the 13th time she has led RU in scoring.

Smikle leads the team with 17.3 points per game including an average 21.1 points in Big Ten play.

With two three-pointers on Sunday, the Farmingdale, New York product continues to lead the team with 38 shots from deep. She has hit at least one three in all but two games this season and two or more shots from beyond the arc on 10 occasions.

The freshman also had back-to-back three-steal games this week. She paces the team with 41 grabs and has led the team in the stat in nine contests this slate. Smikle has secured 3+ steals in eight outings.

Player of the Week: Shyanne Sellers, So., Maryland