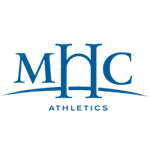 NORTHAMPTON – The fifth-ranked Smith College basketball team held off a late rally by the Jumbos to earn a 70-60 win over Tufts University Monday evening in Ainsworth Gymnasium.

With the win, head coach Lynn Hersey‘s squad has won 11 straight to improve to 17-1 on the year. Tufts falls to 12-6 with the loss.