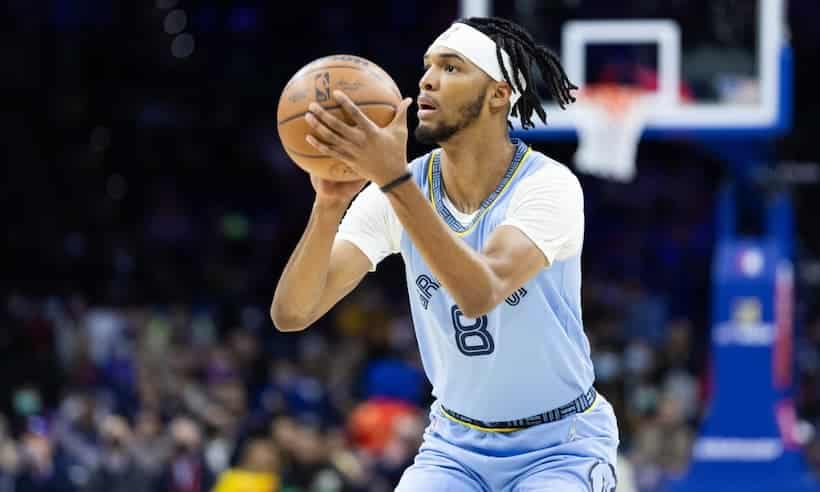 The Phoenix Suns kept their win streak alive at three game with a narrow 112-110 victory vs the Memphis Grizzlies last night. Chris Paul was a one man wrecking crew with a huge 24/6/11 for the game. Ja Morant had 27 points and Desmond Bane had 24, but it wasn’t enough to hold off the veteran PG and his squad. However, the most exciting part of their game was an incredible full court shot by Memphis’ Ziaire Williams.

His full court buzzer beater was the momentum his team needed at that point in the game. The Suns were on a 9-0 run up until that point, but he cut the lead to 87-72 heading into the fourth. Phoenix almost blew the game in the end after the Grizzlies were unable to secure a loose ball as time expired.

Tennessee Sports Betting sites have the Grizzlies at (+1200) to win the Finals this season.

To put his incredible make into perspective, an NBA court is 94 feet long and Williams’ shot was 80 feet. It’s not easy to get enough strength under your shot to get the ball that far, let alone be that accurate to make it. He had the defense’s hand in his face and it did not faze him one bit.

The Grizzlies didn’t really celebrate Williams incredible make as they were still down 15 points heading into the fourth and had some work to do. Memphis would outscore the Suns 38-25 in the final quarter, but it was just not enough to get the comeback win. According to basketball data sources, that was the first made basket of 75 feet or more since 2007.

Memphis were down by as many as 29 points in this game, but Williams full court buzzer beater ended a 9-0 run by the Suns. They were down by 15, but his three gave them confidence that they were still in the game. Williams is shooting just 25 percent from deep this season, but went 3-6 from beyond the arc last night and matched a previous season-high with 16 points.