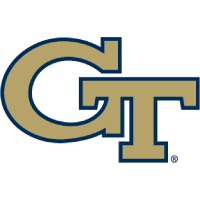 BLACKSBURG, Va. – Duke freshman Kyle Filipowski logged his fourth consecutive double-double, but Duke fell to Virginia Tech on Monday night, 78-75. Filipowski scored a career-high 29 points while grabbing 10 rebounds for the Blue Devils (14-6, 5-4). Tyrese Proctor and Dariq Whitehead also finished in double-digits with 10 points apiece. Whitehead scored all 10 of his points in the first half, before exiting the game late in the first half with a lower-leg injury.

Filipowski set a new career-high in scoring on 9-of-17 shooting from the field (.529), including a new career-high four shots from beyond the arc. The Westtown, N.Y. native now has 10 double-doubles on the year and is averaging 23.0 points and 13.3 rebounds over his last four games. The freshman has scored 10 or more points in 18 of Duke’s 20 games this season, including in each of Duke’s last six contests.