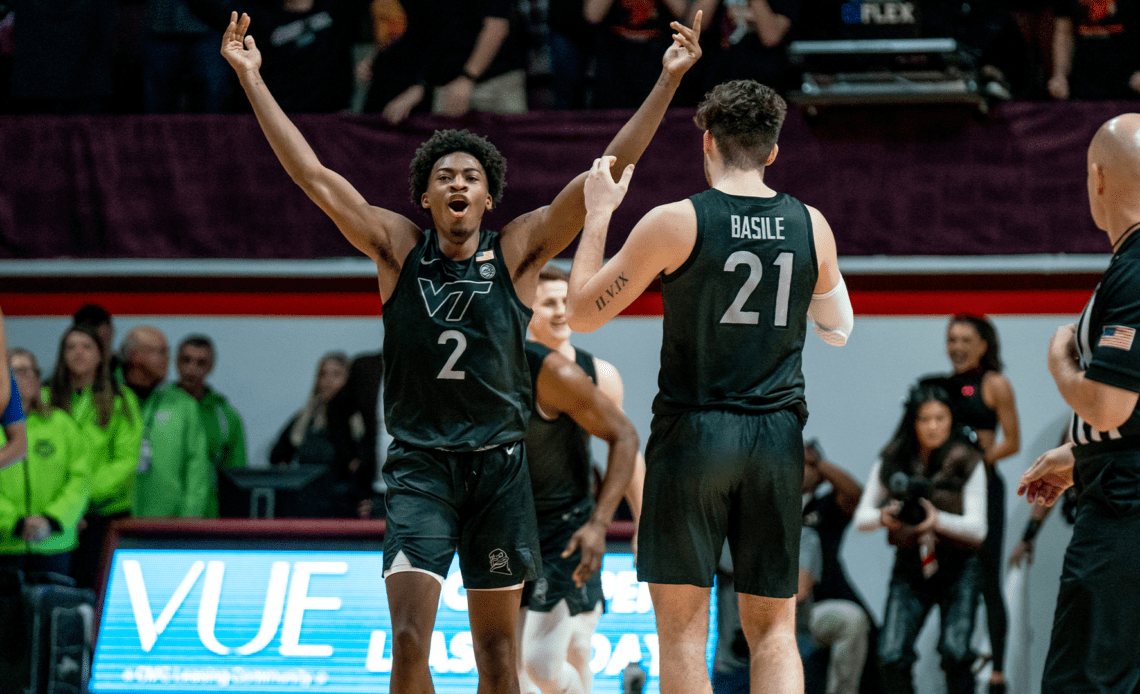 BLACKSBURG – Virginia Tech broke through in a big way on Monday night, as MJ Collins hit a jumper with 13 seconds to go to lift the Hokies to a 78-75 victory. Grant Basile paced the Hokies in scoring with a 24-point performance.

Basile’s scoring performance was the third highest scoring effort from the Wright State transfer in his time in Blacksburg. He complemented his offensive output with eight rebounds.

Duke started hot, opening the game with a 7-0 run, before foul trouble burdened its momentum. The Blue Devils found themselves with six team fouls by the 11-minute mark in the first half.

The backcourt duo of Hunter Cattoor and Sean Pedulla returned to previous form, combining for 31 points in Cattoor’s third game since returning from injury.

Cattoor responded to Duke’s hot start with 12 points in a matter of 14 minutes of play, shooting on pace for much more than his 15 point total early on. He secured a 36-27 lead for the Hokies at 7:01 in the first half, splashing his fourth 3-pointer in the process.

He capped the evening being the only player to run all 40 minutes on the floor, going 5-of-10 from beyond the arc.

Sean Pedulla’s 39 minutes were a close second, putting up 16 points in a 3-of-5 night from 3-point land himself. He had five assists to his credit as well.

The Hokies’ offensive success came with plenty of fight-back from the visiting Blue Devils. Duke came out of the tunnel on a 7-0 start from half time, shrinking down a nine point lead for Virginia Tech quickly. The Blue Devils simply took better care of the ball early on in the matchup, as Virginia Tech finished the night with 11 turnovers to Duke’s 7.

Freshman forward Kyle Filipowski led all players on the floor with 29 points on the evening. Dariq Whitehead and Tyrese Proctor added 10 points each to Filipowski’s performance.

These scoring efforts earned Duke a tied score with as little as 38 seconds to go, but with Whitehead leaving the game moments before after an apparent left ankle injury, the wheels fell off rapidly.

Both squads were below par from the free throw line, as Duke went 8-for-12, and Virginia Tech went 12-for-19. Justyn Mutts’ 1-for-5 day from the charity stripe was most of note.

Junior forward Lynn Kidd earned his fifth start of the season. He put in a productive 20 minutes of…