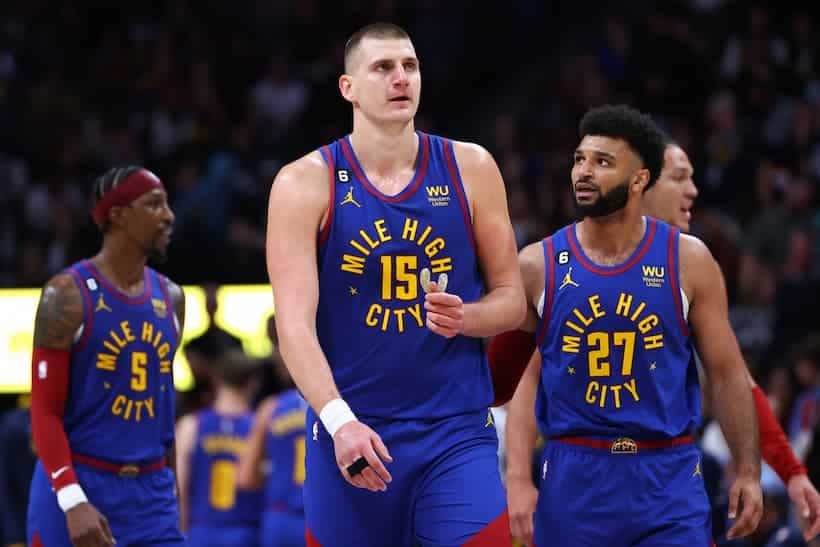 The Denver Nuggets are now the hottest team in the NBA. While the Memphis Grizzlies had their nine-game win streak snapped against the Los Angeles Lakers on Friday night, the Nuggets extended their win streak as they defeated the Indiana Pacers. What was more impressive than the win-streak was how dominant Denver looked in the win without their best player, Nikola Jokic. Denver won the game by a final score of 134-111 with five different players finishing in double figures. However, the Nuggets may be in for more of these tests as Jokic is still questionable for the matchup with the Oklahoma City Thunder due to hamstring tightness. Now, Jamal Murray, who recorded first career triple-double on Friday, is also questionable with a hip injury.

As alluded to already, the Nuggets did not miss a beat even without the back-to-back MVP. Murray logged his first career triple-double as he came away with 17 points, 10 rebounds, and 14 assists which helped fill the passing void left by Nikola Jokic. This was huge for Denver as it was a big confidence booster and the team proved they are formidable even without their best player on the floor. Everything was going right for Denver as they even had a sequence which led to three dunks in a row.

💥 NBA season-high 16 DUNKS for @nuggets in their 9th-straight win 💥 pic.twitter.com/haUZRicOxl

Aaron Gordon was also a key contributor as he was the high-point man with 28 points along with five rebounds and six assists. Another person who deserves credit is David Adelman who still has yet to lose a game while filling in for head coach, Michael Malone, who continues to recover in health and safety protocols. While this was was very impressive for the Denver Nuggets, it will be a tougher test against the Thunder if they are missing not just their best, but their two best players in a rivalry game.

The Impact of Nikola Jokic and Jamal Murray

Nikola Jokic is on pace to potentially secure his third straight MVP. So far, he is putting up insane numbers of 25.1 points, 9.9 assists, and 11.0 total rebounds per game. He is also averaging a league-high win share total of +9.2 and a league-best box plus/minus of +13.1. The great Hakeem Olajuwon even had high praise for the Joker recently. Any time one of the best big men of…