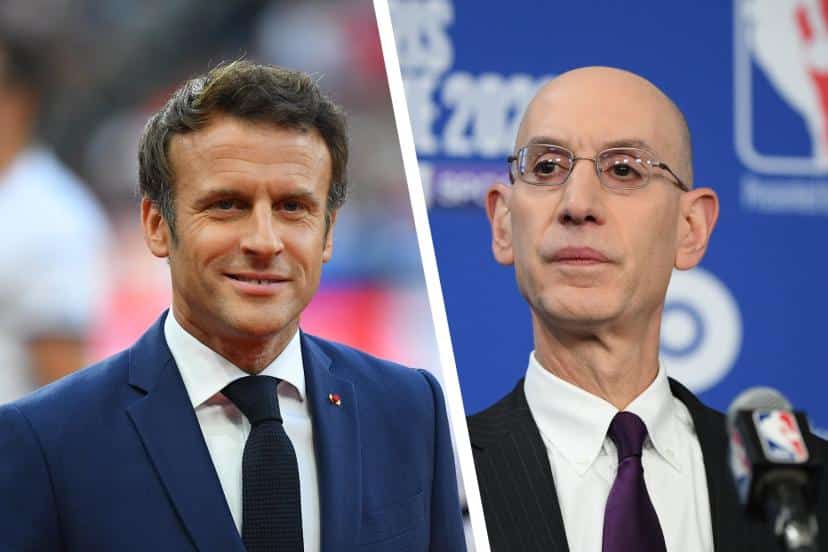 The NBA are really taking advantage of their time in Paris, not just producing official games for the European fan base, but also building long-term alliances with the continent’s politicians and basketball organizations to improve the sport in France and Africa.

Before the Chicago Bulls beat the Detroit Pistons 126-108 in the Accor Arena this past Thursday night, NBA Commissioner Adam Silver met with the French President to discuss a variety of initiatives that will elevate basketball in France and Africa.

“I am delighted and proud of the NBA’s choice to make France and Paris one of its privileged playgrounds in the world,” said President Macron. “We now have the opportunity to go further and engage in a useful and lasting partnership for the benefit of French basketball, as well as in support of our development policy in Africa.”

Both sides of this new treaty are establishing a group of senior level executives that will coordinate to develop these future plans with the French Basketball Federation (FFBB) towards the 2024 Summer Olympic and Paralympic games in Paris, where basketball will be featured.

As taken from the NBA Official Website, the French Government and the United States basketball organization plan to work together on the following initiatives: