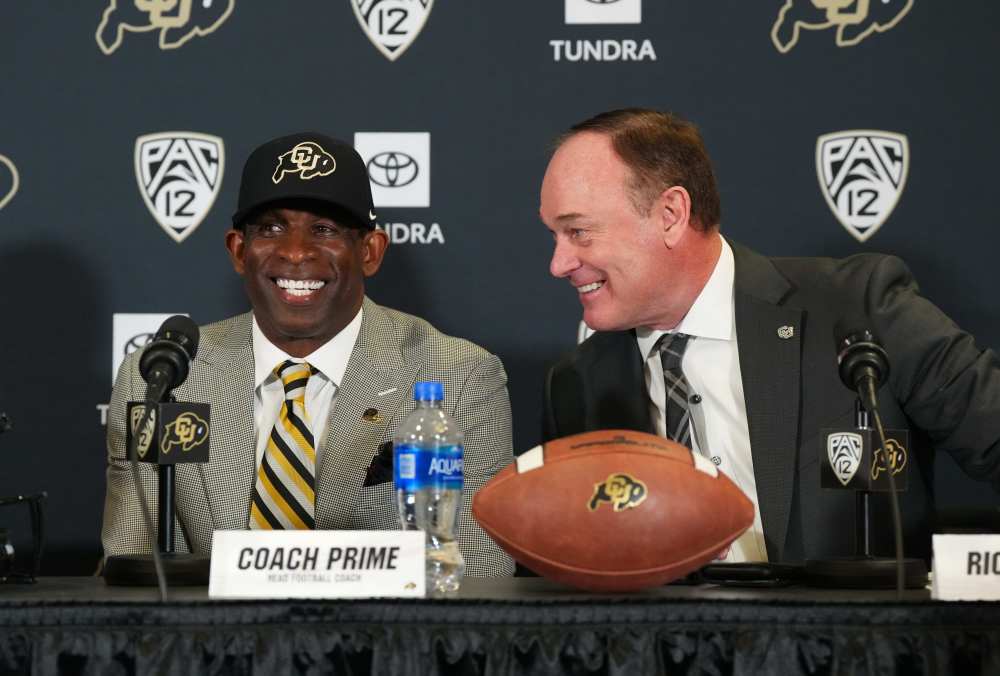 Rumors began to spread about five minutes prior to halftime of Colorado-Colorado State that new Buffs football head coach Deion Sanders would be introduced during the break.

While his entrance was delayed until early in the second half, it was well worth the wait. Coach Prime emerged from the CU Events Center tunnel with his entourage of family, including his son and future Buffs quarterback Shedeur Sanders, to a roaring ovation from a packed crowd.

The Buffs benefited from the eneregy boost, too, as Jalen Gabbidon delivered a breakaway dunk, much to the enjoyment of Sanders.

Midway through the second half, Colorado men’s basketball holds a significant lead over CSU.

Coach Prime is in the building pic.twitter.com/w23mR3syqK