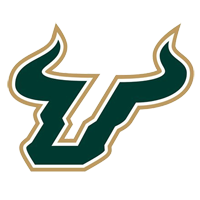 The victory marked the Pack’s first over the Bulldogs in what was its 10th meeting with the squad. NC State gave up 22 points in the first quarter alone but then held Georgia to just 32 points the rest of the game, including only nine points in the third quarter.

Earning her first start as a member of the Wolfpack, forward Mimi Collins led the squad with 19 points. It marked a season-high for the graduate transfer and the most points she has scored since Nov. 18, 2021. Collins shot 6-of-10, knocked down a three and also came up with eight boards (five offensive).

NC State was able to get the ball inside and outscore Georgia 22-14 in points in the paint. Camille Hobby also contributed to that tally as the Pack’s only other double-figure scorer. She finished with 10 points on the night.

All nine available players found the scoring column in the win, and Collins’ performance made it to where all members of the Wolfpack squad have hit double figures in at least one game this season.

NC State found its stride on both sides of the ball in the late stages of the second quarter, trailing by just three points (32-29) at halftime after going down by as many as 14 points (28-14) early in that period. The Pack scored the final eight points of the first half and forced Georgia into…