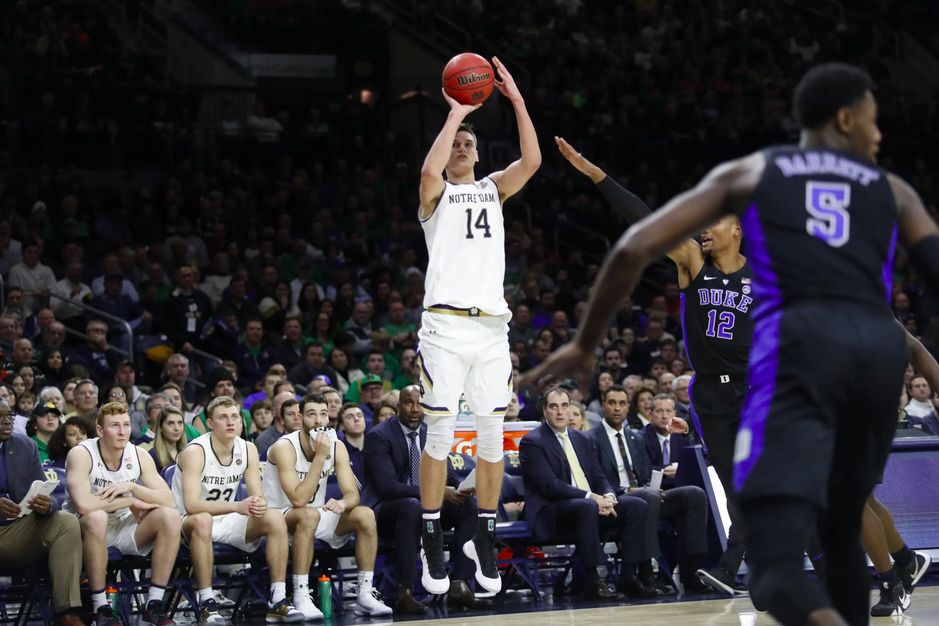 Tip-off from the arena that the New York Islanders call home is slated for 4 p.m. The game will once again air on ESPN+.

Interestingly enough, Notre Dame and St. Bonaventure have faced off on a neutral floor once before. In 1978, as a part of the Kodak Classic, a tournament hosted by Les Harrison at the War Memorial in Rochester, New York, the fifth-ranked Irish defeated the Bonnies 79-to-78.

Bona historically holds a 2-5 record against Notre Dame, although the two have not squared off since Dec. 22, 1994.

“We are excited to play an ACC team,” said St. Bonaventure coach Mark Schmidt after Tuesday’s win over Southern Indiana. “The Irish are a talented team and well-coached. We have our work cut out for us, but we want to play these types of games in those types of environments.”

Notre Dame, one of the oldest teams in the country, currently boasts an undefeated record. The Irish have scored wins over Radford, Youngstown State, Southern Indiana, Lipscomb, and Bowling Green.

Despite winning those five home games, Notre Dame has an average margin of victory of just 7.8 points. In the season opener against Radford, Notre Dame won 79-to-76. Then against Lipscomb, the Irish won by just a point, 66-to-65.

Notre Dame’s veterans have allowed them to close out games down the stretch.

On the flip side, Bonaventure does not have that experience. Their youth was on display against Canisius and South Dakota State, in which Bona held a second-half lead but could not seal the deal.

So Friday’s game pits two different teams against each other: old versus young, Power Five versus non-Power Five.

Laszewski, a 6-foot-10, 230-pound graduate student from Jupiter, Florida, leads the team in scoring, averaging 19.6 points per game (PPG). The big man has played for Notre Dame since the 2018-19 season, a rarity in college basketball these days.

He came off the bench to score 18 points against Rutgers in the 2022 First four. Now a starter, Laszewski has scored at least 14 points…