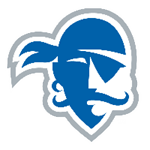 Wisconsin was in charge for most of the game, most notably in the third quarter as it took a 20-point lead over Georgia, bringing the score to 55-35. It was a complete team effort, with all of Wisconsin’s starters contributing offensively in this span. Maty Wilke went 2-3 from three-point range with Avery LaBarbera adding seven of her 13 points during this time.

Wilke once again showed off her offensive prowess as she led Wisconsin in scoring with 14 points (5-10 FG, 4-8 3FG). She recorded four three-pointers in a game for the first time in her career and tied her career high in minutes played with 38. She was followed by LaBarbera, who recorded 13 points (6-12 FG, 1-5 3FG) and also added six rebounds and six assists.

After going scoreless for the first three minutes of the game, Brooke Schramek was determined to get the Badgers on the board as she totaled eight points in the first quarter. The teams exchanged points back and forth, but UW eventually started to pull away, closing out the quarter with a 16-11 lead.  The Bulldogs were able to narrow the lead in the second stanza, but the Badgers continued to battle and led by 10 with a halftime score of…