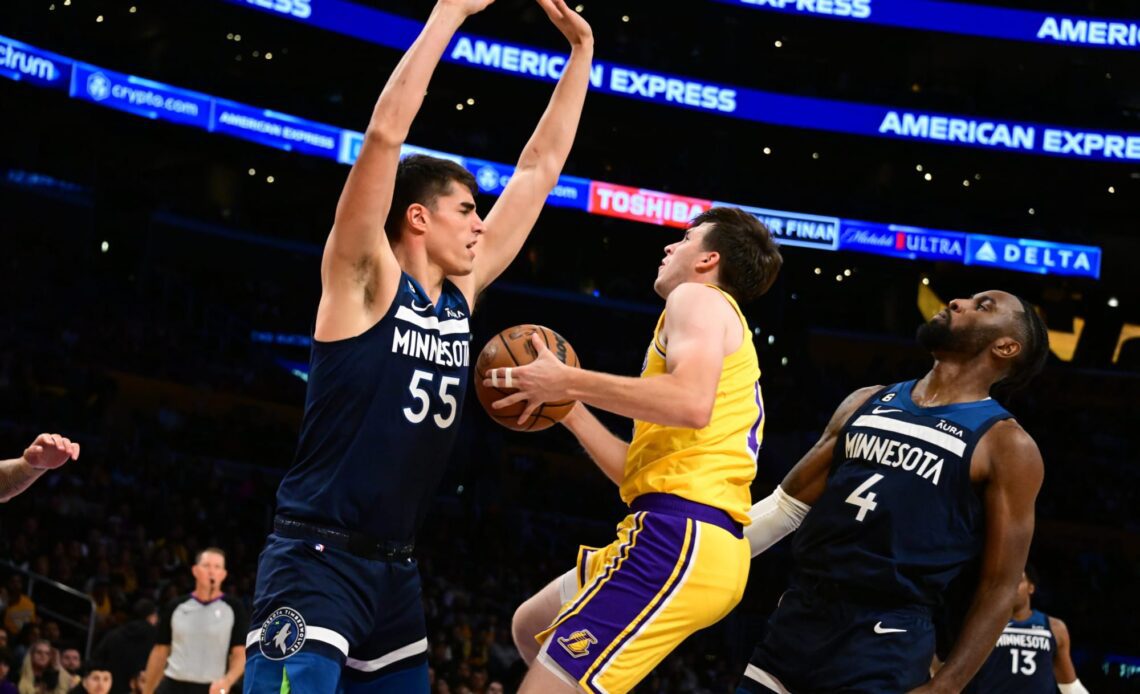 The Minnesota Timberwolves are still working out their communication, spacing, and even unthought-of ways to optimize this roster. But there is always an eye toward the future, always a willingness to share insight and patience with younger players. While there is little experience to draw upon so far from the tenure of Minnesota Timberwolves President of Basketball Operations, Tim Connelly, that is one thing that stood out from the research of his NBA history.

He is always vigilant. He does not consider second-round draft picks as disposable pieces. Rather, he uses each pick at his disposal to improve the team’s roster today, and tomorrow. Young players are not added to the team like you would scoop a commodity like salt, flour, or sugar into a sack. Instead, each prospect is held up to the light as though they were an intricate piece to the team’s jigsaw puzzle roster, looking for a fit.

Well, Connelly may have found a corner piece to a future winning roster, and he is Luka Garza.

Luka Garza sighting, but only for a moment

If you wanted to see Garza in NBA action, you missed your chance. With 57.2 seconds remaining in the Timberwolves’ impressive win over the Indiana Pacers by a final score of 115-101, Garza stepped onto the basketball court, along with teammates Wendell Moore Jr., Nathan Knight, Austin Rivers, and Jaylen Nowell.

So what? While Garza may not have scored a game-winning buzzer-beater, it’s vital that he gets a chance to step onto the basketball court for the Minnesota Timberwolves. After all, that is what it’s all about right now. Getting him NBA experience for this team is a wise investment. If and when the team needs Luka Garza to enter the game to spark the offense or stop the rally of their opponents, he will be that much more prepared then.|

He watched courtside as Timberwolves tall Karl-Anthony Towns celebrated his 500th NBA game by nearly putting up a triple-double. So today, he has a lot to process in terms of setting the goals of his basketball career. As for the fans? It’s enough to be thankful that President Tim Connelly signed a future NBA star to a Timberwolves Two-Way contract.