Huskies to Play in Wooden Legacy Championship on Thanksgiving Night 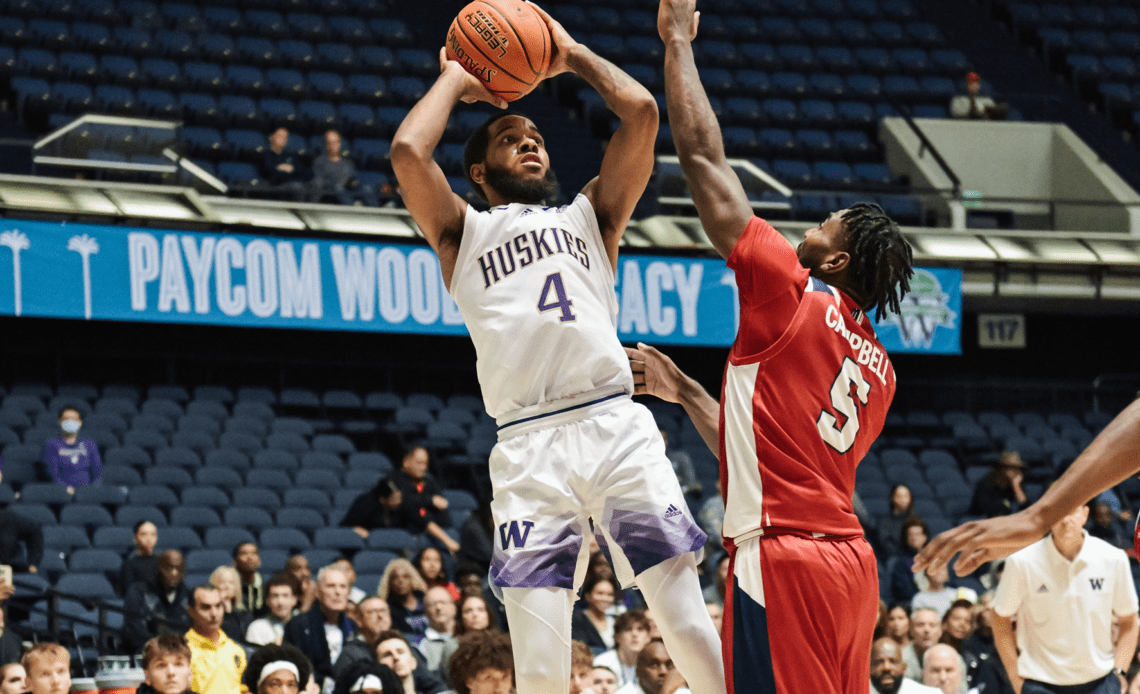 
ANAHEIM, Calif. – Washington (4-1) takes on Saint Mary’s in the Paycom Wooden Legacy championship game on Thursday night. Tip-off is scheduled for 9:30 p.m. Eric Rothman and Corey Williams have the call on ESPN2 and Tony Castricone and Jason Hamilton will call the action on the Husky Sports Network, Sports Radio KJR-AM 950.

The Huskies and Gaels meet for the first time since the 2018 NIT Tournament and eighth time in history, with the Dawgs holding a 6-1 edge. Washington advanced to the final with a 62-57 win over Fresno State on Wednesday while Saint Mary’s topped Vanderbilt. The Huskies won the Wooden Legacy in 2014 and last played on Thanksgiving Day in 2015.