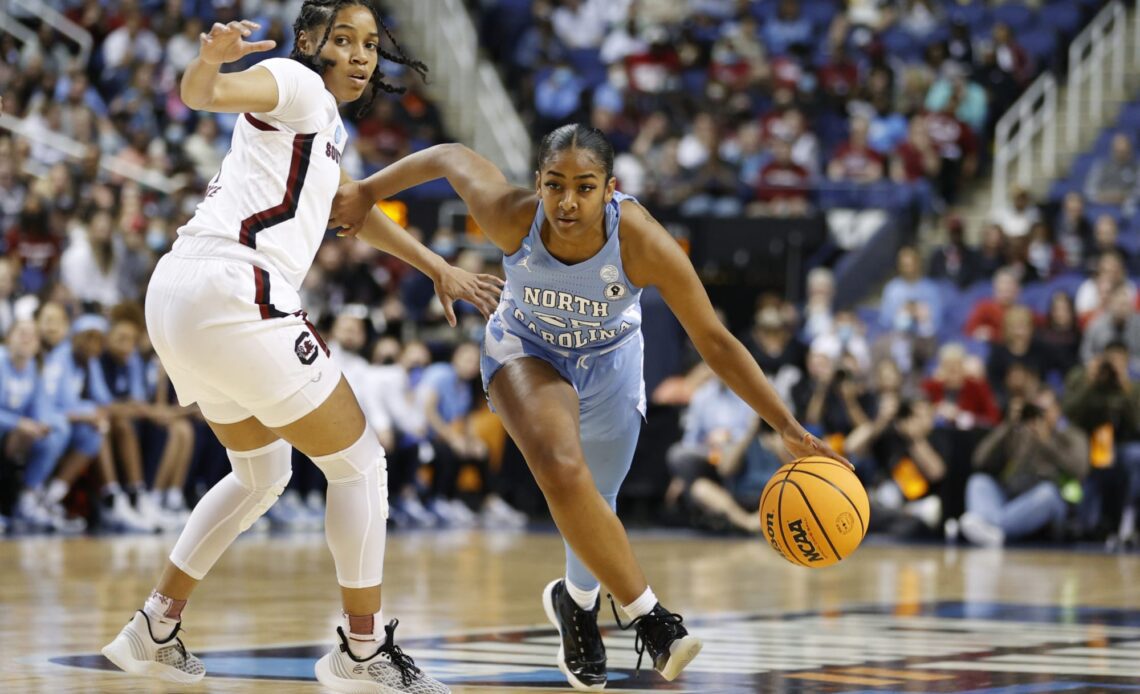 The UNC women’s basketball team faces their biggest test on Thanksgiving afternoon when they play #18 Oregon in the Phil Knight Invitational.

The top-10 Tar Heels have played excellent basketball thus far and are coming off a big road win against James Madison. North Carolina trailed at the half, but a strong second half resulted in an 11-point victory.

However, things won’t get any easier for North Carolina against the Ducks. Oregon has dominated each of its opponents to start its 2022-2023 campaign and recently moved up three spots in the AP Top 25.

The winner of this contest will play again Sunday vs. the winner between Iowa State and Michigan State.

Oregon’s offense can be a problem for North Carolina. In their first three games, the Ducks scored 100, 90, and 83 points respectively.

However, in their most recent outing vs. Southern Utah, Oregon only scored 66 in a 12-point victory.

Oregon failed to get going offensively in the second and fourth quarters, as they scored 11 in the second, and 7 in the fourth.

If the Tar Heels can apply pressure on the Ducks in both of these quarters, they can take advantage of the Ducks’ struggles.

North Carolina will also have the advantage on the boards in this one.

Winning the rebound battle will give the Tar Heels an upper hand and could be the difference maker in this one.

Both teams are elite offensively, which means the difference maker in this contest could very well be on the defensive side of the ball.

A big stop or a forced turnover can potentially give North Carolina the momentum and the win against a tough Oregon team.

If the game goes down to the wire, keep an eye on defensive anchors like Destiny Adams and Alyssa Ustby as they could make a game-changing play.

It’s also worth noting that UNC will have a big advantage in the frontcourt. The Tar Heels may look to feed their bigs more often than not and dominate the Ducks inside.

These two squads last faced off in the 2014-2015 season when North Carolina dominated Oregon, winning 76-59.

The Tar Heels traveled to Eugene and outplayed the Ducks in the second half.

This win helped the Tar Heels improve to a 4-0 start, in a season where this squad would reach the Sweet 16.