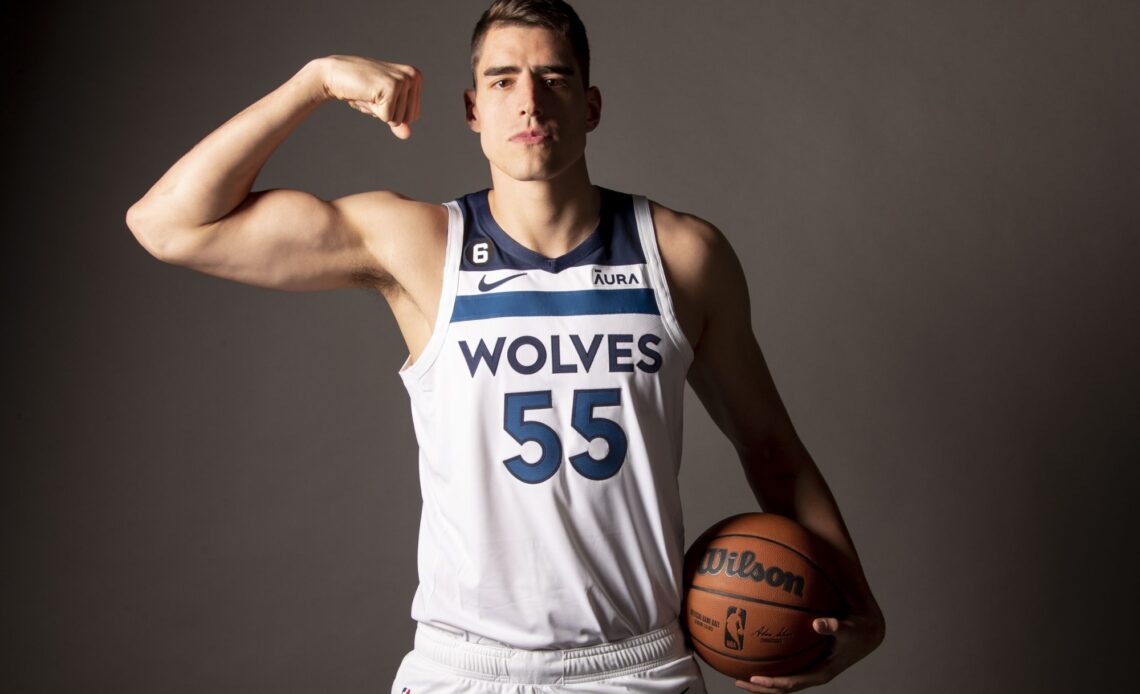 The Minnesota Timberwolves may be getting noticed and making headlines over the performance of the team’s veterans, but that does not mean that good things are not happening in the future as well. The Timberwolves have plenty of veteran leadership on this team, and that has helped the Timberwolves string together four consecutive victories.

But this team is more than veterans and searching for cohesive chemistry. Because the Timberwolves have committed so many assets from future NBA Drafts to acquire center Rudy Gobert, the team must be especially vigilant and selective when committing to young players. Well, that strategy seems to be the right one, as the team has a young center named Luka Garza on a Two-Way Contract right now. Garza is performing so well, that the Timberwolves have called him up from their G-League affiliate, the Iowa Wolves.

Luka Garza is a young player who is already raising eyebrows while for the Minnesota Timberwolves G-League affiliate, the Iowas Wolves. Not only does he stand 6-foot-10 and weigh 243 pounds, but he has an incredible shot that is 72.5 percent accurate from the floor, and 68.2 percent accurate from the perimeter. He can bang the boards for 8.2 rebounds per game, as well as dish out 4.0 assists per game.

The Timberwolves may have a stacked frontcourt at the moment, but this is the NBA, and events can happen quickly to change all of that. The Timberwolves have two All-Star centers on the roster, Rudy Gobert and Karl-Anthony Towns. Behind those two are 6-foot-9 Naz Reid and 6-foot-10 Nathan Knight.

But behind them? We have 6-foot-10 Luka Garza. The 6-foot-8 power forward Josh Minott, and in the backcourt, 6-foot-5 shooting guard Wendell Moore Jr. While the Minnesota Timberwolves do not have a first-round draft pick in the 2023 NBA Draft, the team is not staring down an empty pipeline of talent.  Garza has all the makings of a future NBA player, and hopefully, Timberwolves fans will get to see for themselves soon enough.

With Thanksgiving Day so near, I admit that I sometimes have to scramble to think of things to be thankful for. Thanks to Luka Garza and the way he is tearing up the G-League…