Highlanders Grind Out First Win of Season in Overtime 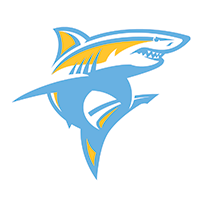 UCR’s first overtime game since 2019-20 didn’t come without adversity, but key offensive stretches and shot selection combined with holding CSULA to 28 percent helped head coach Nicole Powell‘s squad get over the hump for that all-important first win and the program’s first overtime win since 2013-14.

UCR got off to a sluggish start on Wednesday evening in the Inland Empire, but led for the majority of the second quarter until the Golden Eagles grabbed the lead back just in time for halftime.

Mele Finau’s first bucket of the night with 1:25 remaining in the third quarter was perfect timing for the Highlanders to take their first lead since 18-16 at the 3:59 mark of the second quarter. Finau’s second bucket was just as clutch, giving UCR a more comfortable 46-40 lead with 3:34 left in the contest. The Northern Colorado transfer finished her evening with six points on 2-of-9 shooting.

Jordyn Marshall hit a clutch jumper with three seconds left in the quarter to extend UCR’s lead entering the final frame, UCR created separation with a 5-1 run over two and a half minutes that gave the Highlanders their largest lead of the night at 47-41 ahead of the game’s final media timeout.

UC Riverside held a 14-2 edge in points in the paint in a third quarter that helped the Highlanders come back from a nine-point halftime deficit.

Click Here to Read the Full Original Article at gohighlanders.com…