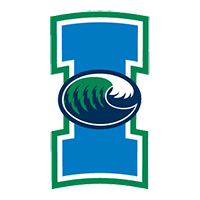 Lincoln – Alexis Markowski and Isabelle Bourne both produced double-doubles, as Nebraska dominated the paint in a 71-53 women’s basketball win over Tarleton on Tuesday night at Pinnacle Bank Arena.

Markowski powered in 16 of her season-high 24 points in the second half while also pulling down 12 of her career-high 18 rebounds after halftime. The 6-3 sophomore from Lincoln also tied career highs with three blocked shots and three steals, while adding two assists. It was Markowski’s second double-double of the season.

Bourne, a 6-2 forward from Canberra, Australia, added her first double-double of the year with 14 points and 10 rebounds, while adding a block and a steal of her own.

Jaz Shelley just missed a double-double of her own with eight points to go along with a season-high 12 assists. The 5-9 guard from Moe, Australia added six rebounds to help the Huskers post a season-high plus-27 (53-26) rebound margin against the Texans.

Nebraska improved to 3-2 on the season, while Tarleton slipped to a matching 3-2 on the year.

In addition to the big nights from Nebraska’s three returning starters, the Huskers got a season-high eight points including a pair of three-pointers from Trinity Brady, while Kendall Moriarty added a career-high eight points off the bench.

The Huskers also welcomed the return of graduate guard Sam Haiby, who played six minutes for the Big Red in the first two-plus quarters. Haiby, who missed NU’s first four games of the year after originally expecting to…