Eric Musselman is known for his upbeat demeanor.

Tuesday night, following Arkansas’ 90-87 loss to Creighton in the semifinals of the Maui Invitational, he was short in his responses.

Much of it seemed to have to do with the officiating in the game. Social media was aflame with the belief Creighton received more beneficial calls. The Bluejays outshot Arkansas, 29-17, in free-throw attempts in the game.

Ricky Council, who scored 24 points for the Razorbacks, joined the Arkansas coach at the dais for the post-game press conference. Council was asked two questions before exiting. Musselman stuck around and was asked two more.

None of the responses were lengthy.

Arkansas will play either Arizona or San Diego State in the third-place game at 9:30 p.m. on Wednesday.

LAHAINA, HI – NOVEMBER 21: Head coach Eric Musselman of the Arkansas Razorbacks gestures to his players in the first half of the game against the Louisville Cardinals during the Maui Invitational at Lahaina Civic Center on November 21, 2022 in Lahaina, Hawaii. (Photo by Darryl Oumi/Getty Images)

“Give Creighton a lot of credit tonight. Our guys played really hard.” 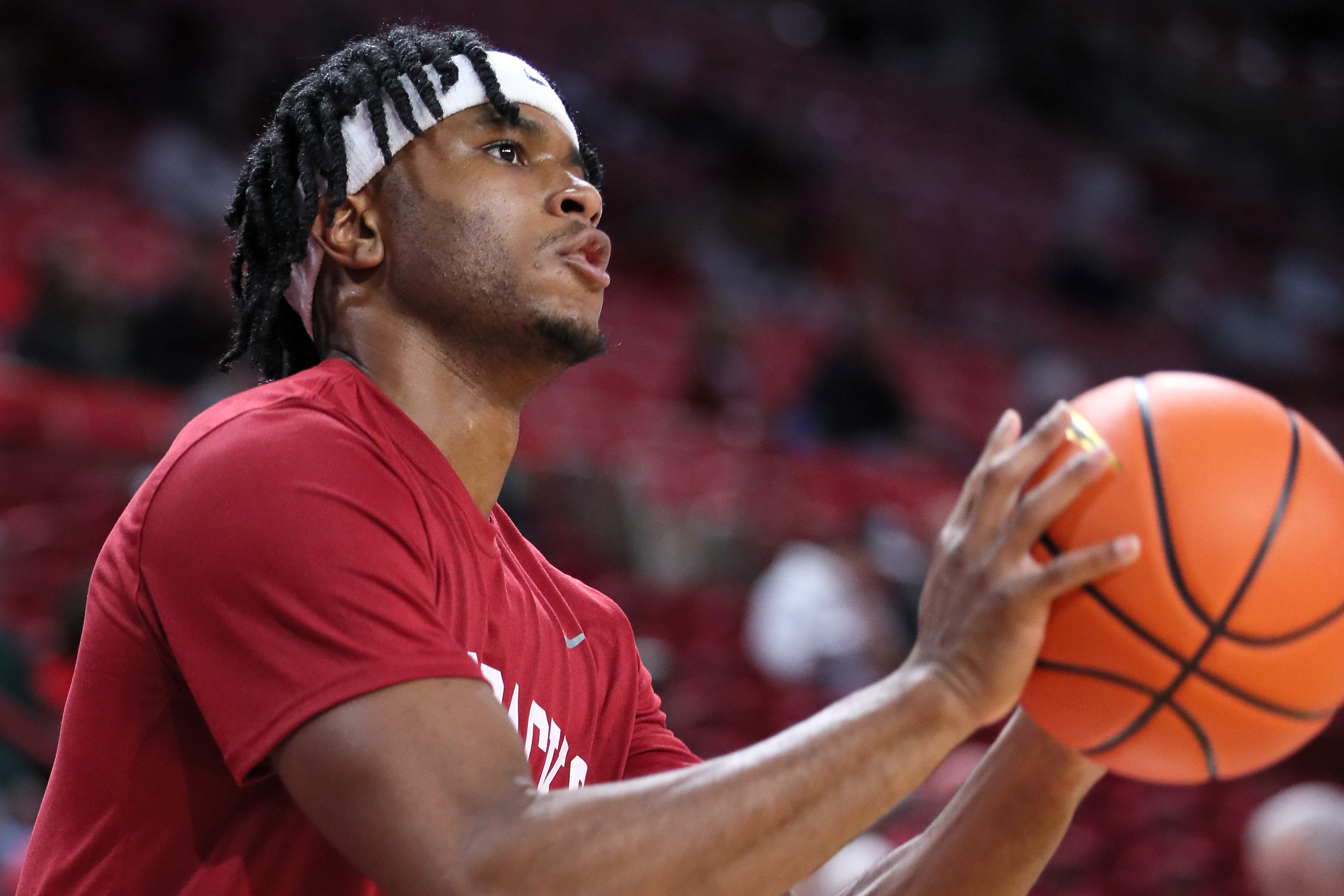 “It was an amazing experience. Dream come true. Watched it as a kid. Glad we had an opportunity to play in it. Came up a little short today. We’ll bounce back tomorrow.” 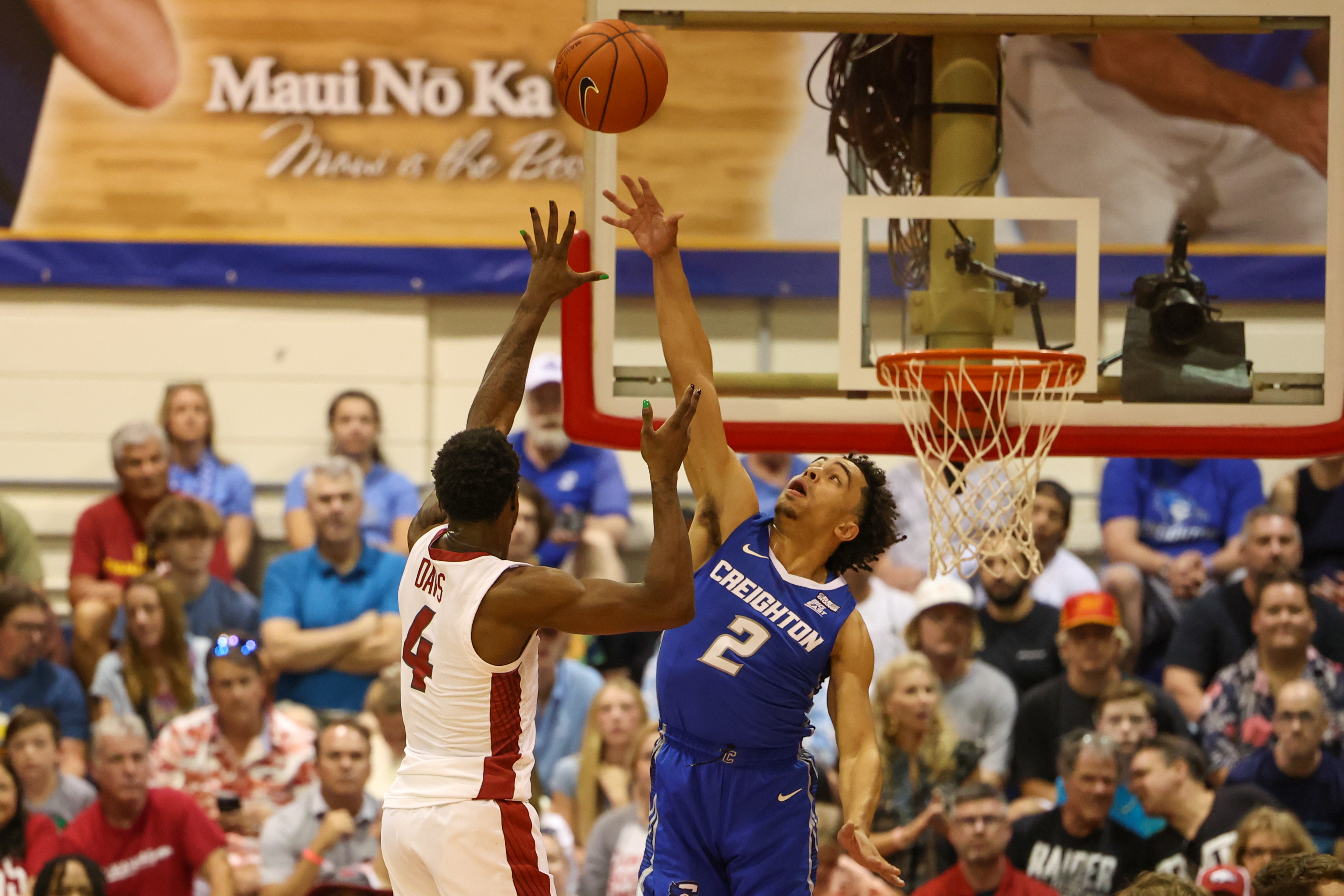 LAHAINA, HI – NOVEMBER 22: Ryan Nembhard #2 of the Creighton Bluejays attempts to block the shot of Davonte Davis #4 of the Arkansas Razorbacks in the first half of the game during the Maui Invitational at Lahaina Civic Center on November 22, 2022 in Lahaina, Hawaii. (Photo by Darryl Oumi/Getty Images)

“Coach had it to a T. Just had some big slip-ups in the first half. I take a large part of responsibility on that. Second half we played much better. Just came up short.” 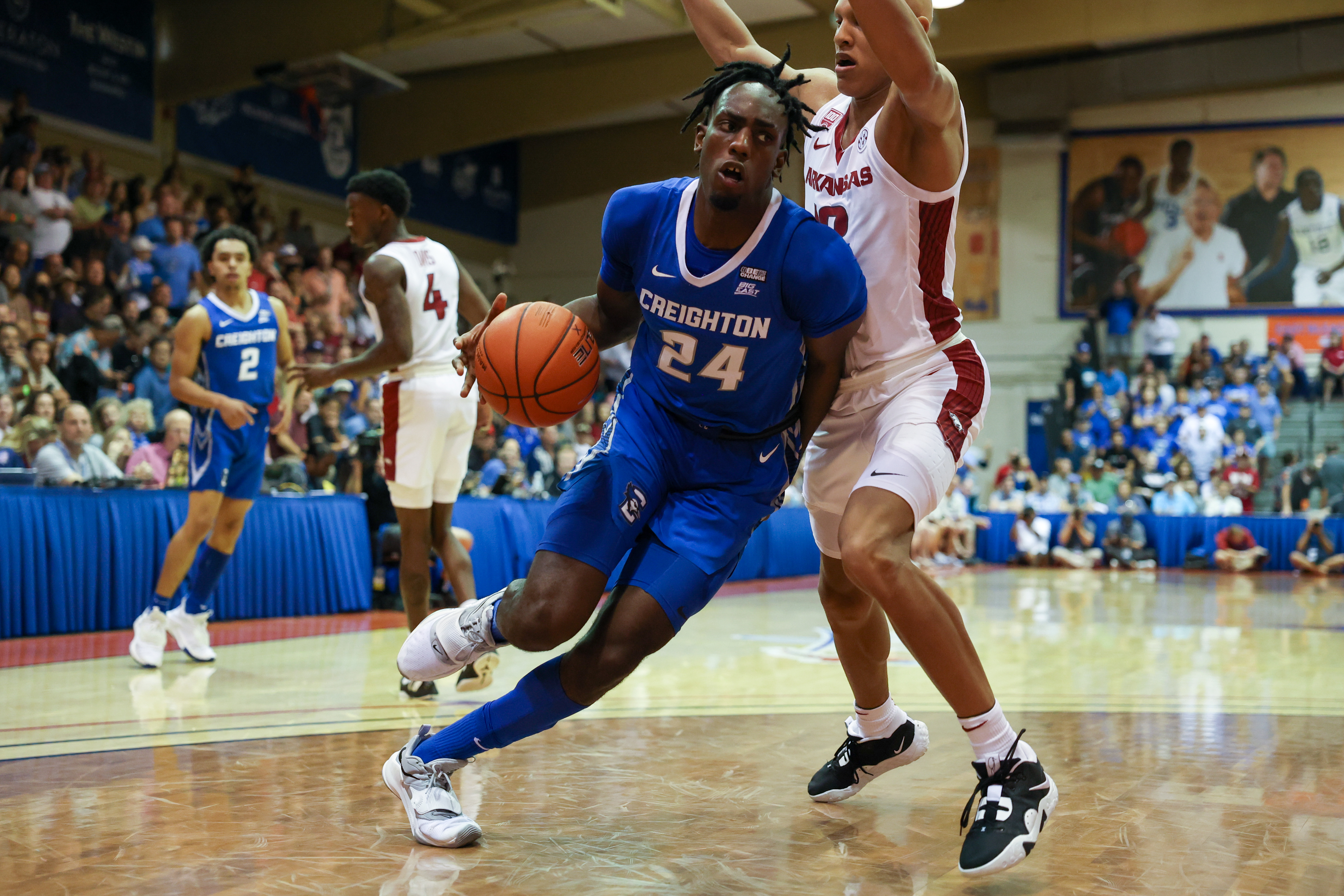 LAHAINA, HI – NOVEMBER 22: Arthur Kaluma #24 of the Creighton Bluejays dribbles and is guarded by Jordan Walsh #13 of the Arkansas Razorbacks in the first half of the game during the Maui Invitational at Lahaina Civic Center on November 22, 2022 in Lahaina,…